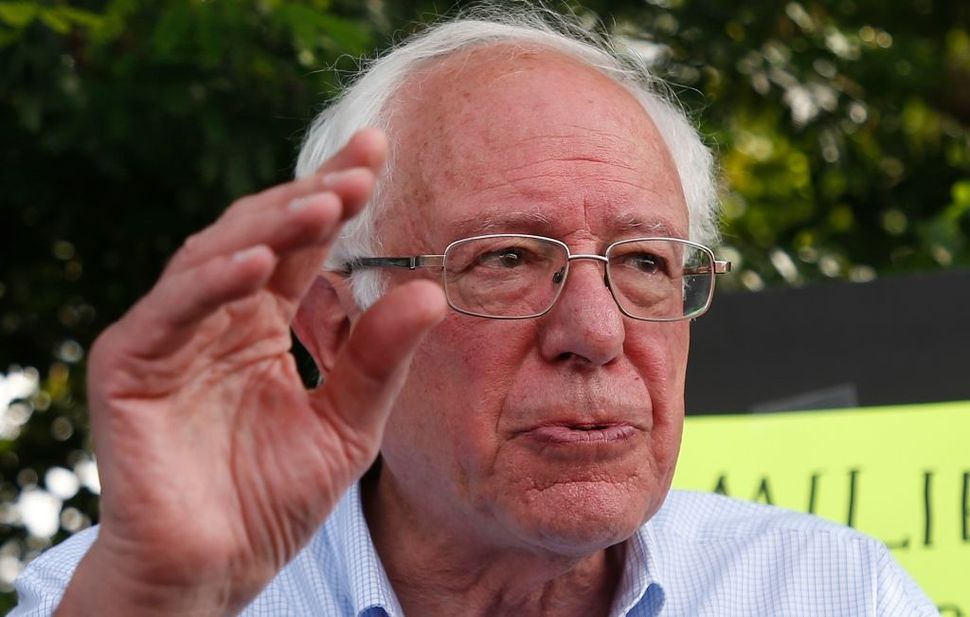 In 2016, when Sanders faced off against Hillary Clinton, he enjoyed a cache of coolness, despite the two candidates’ matching papery white skin.

Now, with all the new candidates on the block, with their plans, and prosecutorial skills, and natural sources of collagen, Sanders comes off more than ever like an old man booting kids off his lawn with a claw-tipped cane.

And so, in a new video from sleek social-media storytelling account NowThis, Sanders, champion of workers, decides to work it.

Flashing a grin, movingly describing his wife as his “best friend,” and trying gamely to transition from talk about class disparity to talk about how race affects class disparity, this is Sanders, new and (perhaps not in his opinion) improved. Because he’s Bernie Sanders, and was right not to pursue a career as an actor, the attempt to appeal to skeptics is fairly transparent. And the strife that it clearly costs him to be anything other than sincerely himself is, perversely, charming.

His facade falls apart seconds into the video, as Sanders purses his lips and blinks in pain when asked “What Would It Mean To Be The First Jewish President?” Famously reticent to talk about his Judaism, he soldiers on.

“It’s another barrier broken down,” he grumbles, in the segment of the video that required the most cutting together of footage — the camera cuts away from Sanders five times during his answer, which quickly shifts away from his Jewish identity and to the importance of voting for the best candidate.

Seconds later though, Sanders cements, however stereotypically, his inescapable Jewishness.

Sanders goes on to talk about his legislative accomplishments, his children, his grandchildren, and ever-so-briefly, Anti Semitism. Later in the video, asked what celebrities make him starstruck, he furrows his brow and says that the last people who made him feel starstruck were undocumented immigrants. And perplexingly, it sounds sincere.

Love him or hate him, it’s fascinating to watch a guy who always looks like he’s about to reluctantly hoist a kiddush cup and grunt “Vayom hashishi!” run for president. He may not know what those words mean, but he sure looks the part.

‘Our job is to transform this country.’ — @BernieSanders has big plans for America. In the latest #20QuestionsFor2020, he explains why he’s not worried about overpromising pic.twitter.com/iyAj1D5BLa