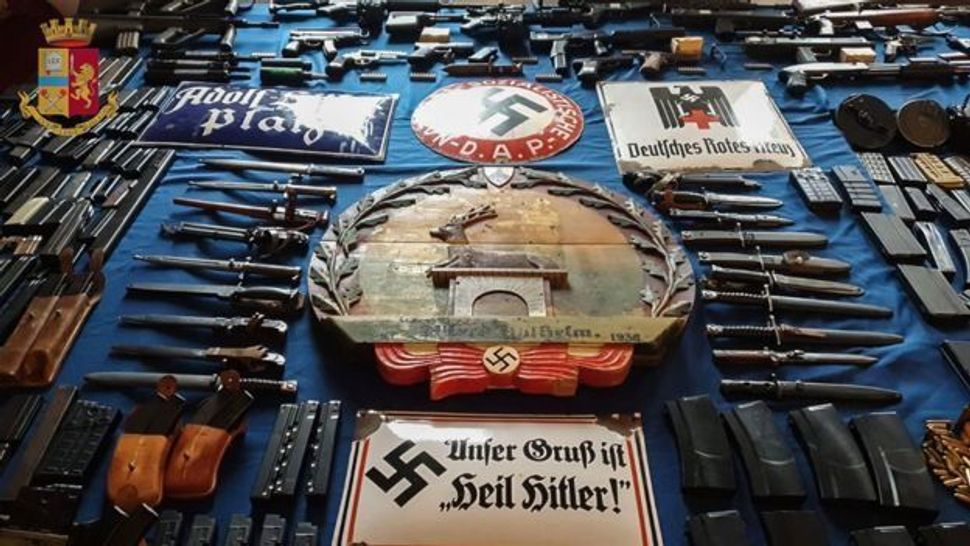 Police in northern Italy detained three men after discovering an air-to-air missile, an arsenal of military weapons and Nazi propaganda during raids on far-right groups, the BBC reported.

As part of an on-going investigation of Italian far-right extremist groups, Italian police discovered the stash of military weapons and Nazi paraphernalia on Monday. Eight hundred bullets, nine assault weapons, 26 hunting rifles, pistols, and nearly two dozen bayonets and World War II-era Nazi plaques featuring swastikas were discovered at the home of Fabio Del Bergiolo, an activist for the extreme-right Forza Nuova party, which has been tied to Anti Semitism.

The weapons primarily originated in Austria, Germany and the United States.

Two other men, Alessandro Monti and Fabio Bernardi, were detained after police discovered a “combat-ready” French-made air-to-air missile among other weapons in a hangar at the Rivanazzano Terme airport. The men were reportedly attempting to sell the missile for about $530,000 to a foreign official.

So a far-right group in Italy had an actual missile. This is insane. pic.twitter.com/HcqeRpTvXh

Throughout the investigation, the police used data interception technology to view images of the missile the men sent via Whatsapp. A police spokesman stated that they had no indications the weapons were intended for a terrorist plot.