Israel Has Almost As Many Religious Restrictions As Iran: Report 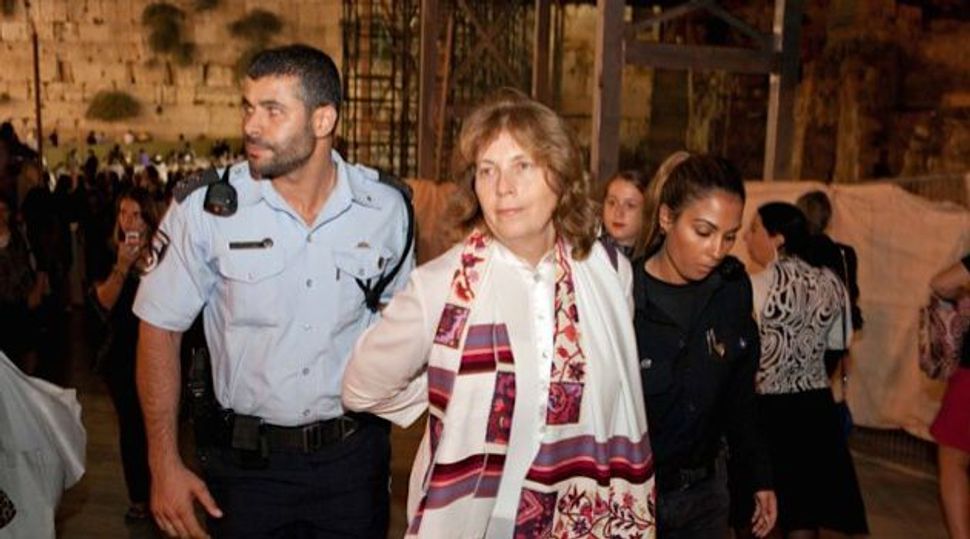 Anat Hoffman the chair of the Women of the Wall was arrested for wearing a tallis while praying at the Kotel. Image by Wikicommons

(JTA) — When it comes to restrictions on religious freedom, Israel is in the company of countries like Saudi Arabia, Syria and Iran, a new report says.

The report also noted a rise in restrictions on Jewish practice in Europe, as well as an increase of attacks on Jews. It said Jews were harassed in 87 countries in 2017, the third-highest figure for any religion.

The report, published Monday by the Pew Research Center, tracks the rise of religious restrictions globally. Israel was one of the top 20 most religiously restrictive countries in the world, according to Pew. It also has the fifth-highest level of “social hostilities related to religious norms,” and the sixth-highest level of “interreligious tension and violence” — a worse score than Syria.

The report cited incidents in Israel like harassment of people who drive cars near haredi Orthodox neighborhoods on Shabbat, or government officials who “defer in some way to religious authorities or doctrines on legal issues.”

Israel self-defines as a Jewish state. Its haredi Orthodox Chief Rabbinate controls all recognized marriage, divorce, burial and Jewish conversion in the country, which means that non-Orthodox weddings, divorces, funerals and conversions are not recognized by the state. The state likewise does not recognize intermarriages conducted in the country. Most cities do not run public transit on Shabbat.

Regarding restrictions on Jews worldwide, the report pointed out government interference in circumcision in Germany and Slovenia. And the report noted rising anti-Semitic and neo-Nazi activity, including assaults on Jews, in Europe and the United States.

Israel Has Almost As Many Religious Restrictions As Iran: Report