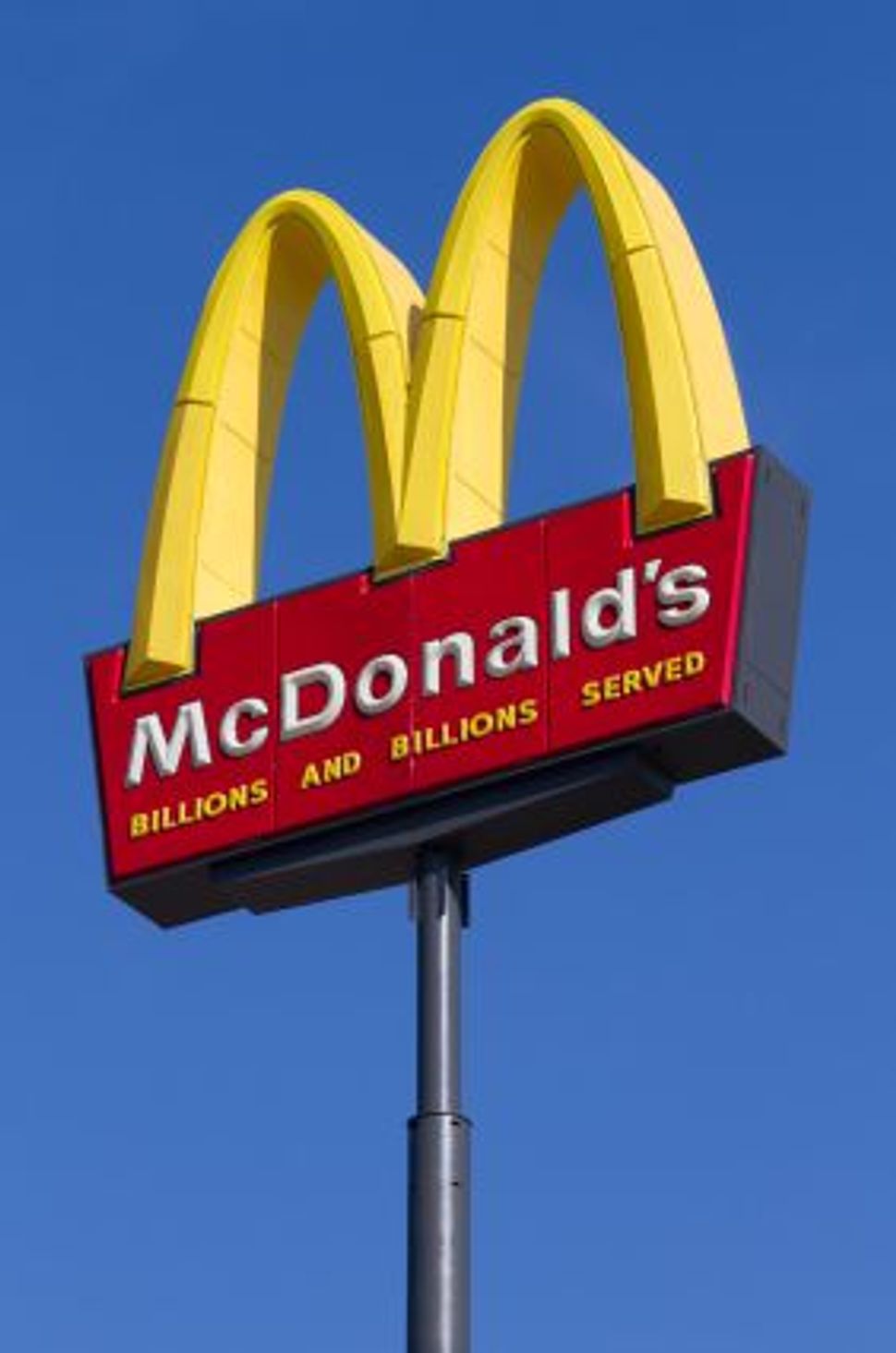 (JTA) — A Jewish haredi man is suing McDonald’s, claiming the fast-food giant violated his freedom of religion when it refused to hire him because of his beard.

The plaintiff, who sued Wednesday, is represented by the Equal Employment Opportunity Commission in his claim against McDonald’s restaurant in Longwood, Florida that turned down his 2016 application to be a maintenance worker there, Newsweek on Thursday reported.

Allegedly, management told him that he would have to shave his long beard if he wanted the job. According to his suit, McDonald’s policy requires all male employees to be clean-shaven.

A manager allegedly the applicant he “had the job, but would need to shave his beard to be in compliance with McDonald’s grooming and appearance policy,” according to the Commission.

Orthodox Jews in the Chabad-Lubavitch branch of Hasidism grow for religious reasons.

The would-be worker claims he offered to wear a beard net instead, but the manager wouldn’t accept the compromise. Instead, he reportedly told the man couldn’t be hired if he was going to violate McDonald’s company policy.

The lawsuit seeks back wages for the past three years he would have been employed.

The man was reportedly told “he had the job, but would need to shave his beard to be in compliance with McDonald’s grooming and appearance policy,” according to the EEOC.

McDonald’s franchisees can set their own grooming policies.

The Chalfont & Associates, which owns the Longwood franchises, did not respond to requests for comment by the Miami Herald.