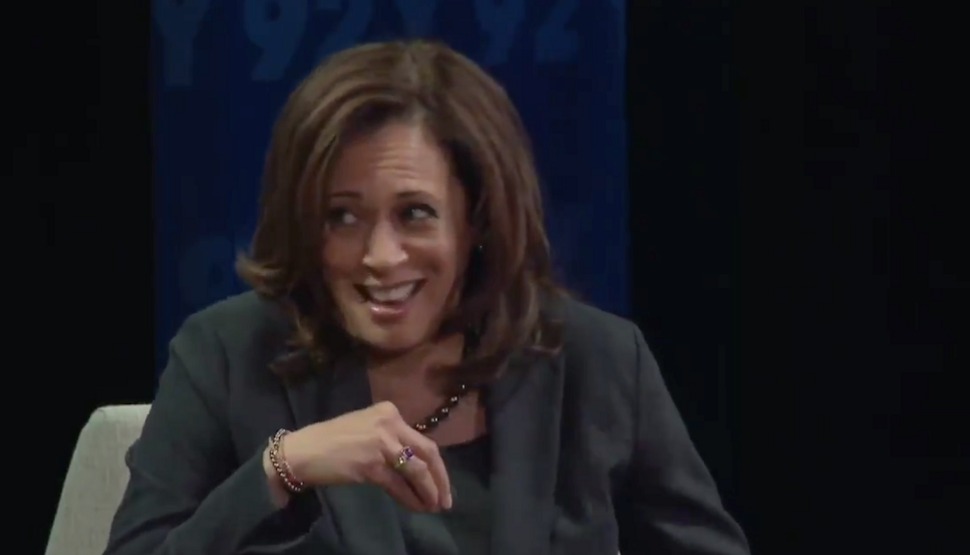 While promoting her autobiography at the 92nd Street Y last month, California Senator Kamala Harris shared an anecdote that didn’t make it in the final product: Meeting her Jewish in-laws.

Harris, a Democratic presidential candidate, is married to Douglas Emhoff, who works in entertainment litigation. His Twitter feed is dedicated to supporting her, and he’s a constant presence at her campaign and press events. His parents, Mike and Barb, appeared to love her right away.

The Emhoffs are from Brooklyn, Harris said, before holding her hands up to her face and imitating the thick accent of a New York bubbe.

“The first time I meet my mother-in-law, she looks at me, puts my face in her hand … she looks at me and she says, ‘Oh look at you. You’re prettier than you are on television. Mike, look at her!’” Harris recalled. “I swear to you.”

In which @KamalaHarris talks about @douglasemhoff’s parents, and their reaction the first time they saw her! ??? #KHive #DougHive pic.twitter.com/FK0o3NXLak