‘The Holocaust Is A Lie’ Graffiti Found On Busy California Bridge 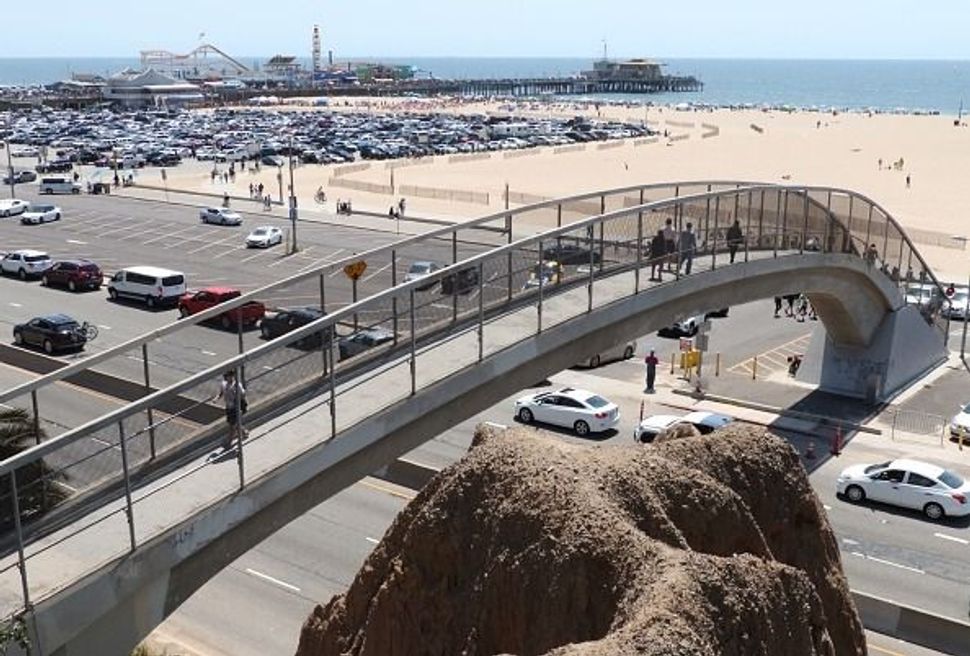 Graffiti calling the Holocaust a “a lie” was found on a bridge in southern California, the Jewish Journal reported.

“Why have Jews been kicked out of 109 countries?” and “Nationalism or extinction” were written in Santa Monica on the corner of Idaho Avenue and Pacific Coast Highway, and the “Holocaust is a lie” was found on the bicycle path nearby, American Jewish Committee Los Angeles Regional Office Assistant Director Siamak Kordestani told the Journal. A member of AJC discovered the anti-Semitic vandalism on Saturday and took photos.

AJC Los Angeles filed a police report on Monday. The city “acted swiftly to remove the graffiti and is attempting to determine if this is a pattern or a random act,” Santa Monica Mayor Pro Tempore Terry O’ Day wrote in an email.

‘The Holocaust Is A Lie’ Graffiti Found On Busy California Bridge