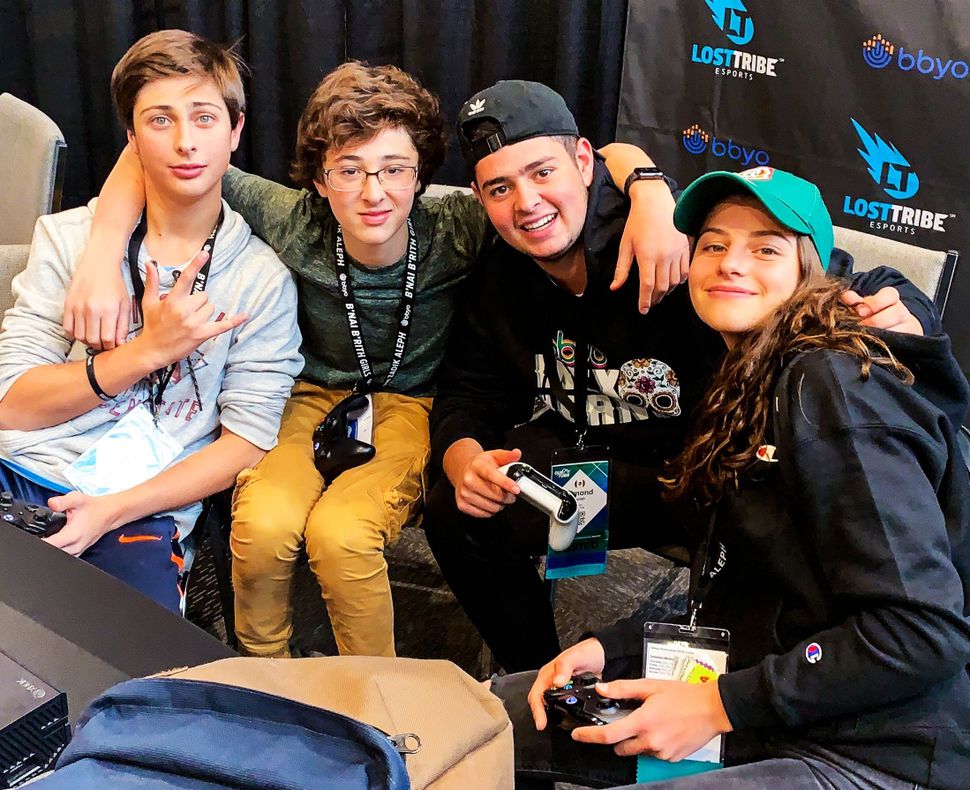 The JCC Maccabi Games have added video game tournaments to the Olympic-style competition.

Three-thousand Jewish teenagers are due to compete in various athletic events at the upcoming Maccabi Games, in Atlanta from July 28 to August 2, and Detroit from August 4 to 9. This year, esports are joining the lineup of events.

Esports are competitions on video games. Lost Tribe Esports will host eight tournaments over the Maccabi Games. There will be a 21-station gaming center, where 56 teens can play two-on-two at any time. The video games include Super Smash Bros. Ultimate, Rocket League, NBA 2K19 and Madden NFL 19.

All athletes can play esports on their free time and also participate in the tournament. It presents a new way to compete, connect and forge friendships, according to Samantha Cohen, vice president of JCC Maccabi and the JCC Association of North America.

After the Maccabi Games, Lost Tribe Esports is moving forward with online tournaments open to the athletes and other Jewish teens around North America. It will eventually be a global, year-round activity.