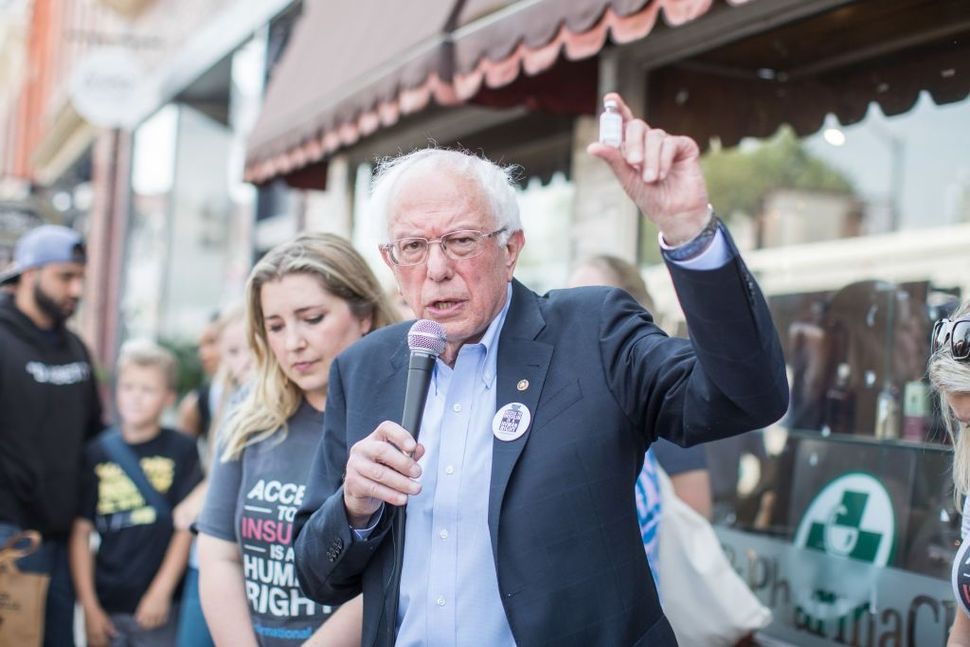 “This is not easy stuff — to try to finally bring peace to the Middle East and to treat the Palestinian people with a kind of respect and dignity they deserve,” he told host Jon Favreau on the Pod Save America podcast. “Our policy cannot just be pro-Israel pro-Israel pro-Israel. It has got to be pro-region working with all of the people, all of the countries in that area.”

Sanders, who spent time in the 1960s when he was in his 20s working on a kibbutz in Israel, tried to clarify his statements “before the tweets start flowing” saying “I have family in Israel. I am Jewish. I am not anti-Israel. Okay, I believe that the people of Israel have absolutely the right to live in peace, independence and security. End of discussion — that is what I fervently believe.”

He criticized the current Israeli government, however, adding: “I think what has happened is in recent years under Netanyahu, you have an extreme right-wing government with many racist tendencies.”

“We spend a few billion dollars on aid to Israel. Would you ever consider using that aid as leverage to get the Israeli government to act differently?” — @jonfavs asks @BernieSanders about Israel.