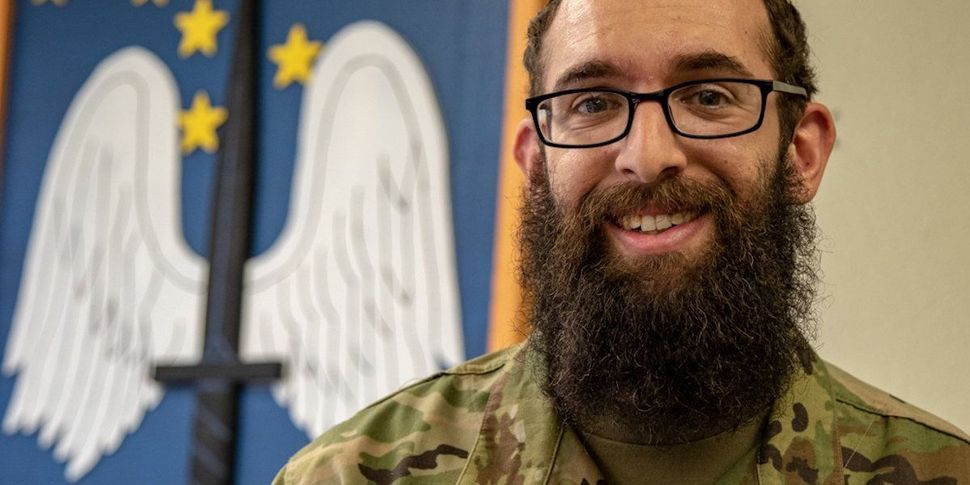 A Jewish woman living on a U.S. Army installation in Washington state confided with the only rabbi on the base that another rabbi was sexually harassing her – but the chaplain worked with the other rabbi to ostracize her and her husband from the local Jewish community, an Army investigation found.

After Army Staff Sergeant Jared Moran was transferred to Joint Base Lewis-McChord near Tacoma in July 2018, his wife Traci went to meet a local rabbi, Zalman Heber. Soon after, Heber began sending her sexually explicit text messages, according to the investigation, which was revealed by a Seattle Times report.

She then went to the rabbi on base, Captain Michael Harari, to ask his advice. Harari allegedly promised to keep their conversation confidential, but according to the report, the two rabbis worked together to “harass and attempt to intimidate and ostracize the Morans from the civilian communities surrounding JBLM.”

“I have been victimized twice,” Moran wrote in her official complaint this month. “First, by the rabbi who sexually harassed me, and then by the chaplaincy of JBLM.”

Heber reportedly told congregants not to trust the Morans and even took out a protective court order against them, and Harari kicked Jared Moran out of the base’s Hanukkah party and banned them from subsequent Jewish events on base.

Traci Moran said that because she was banned from the local synagogue, she could not be in a quorum to say the Kaddish prayer for her father, who had recently died. Instead, she had to pay another person to say Kaddish in her place, while she prayed alone at home.

Heber said that the Morans were spreading “slander” against him.

Both Harari and Heber are members of the Chabad sect of Orthodox Judaism. A representative of the agency that endorsed Harari to serve as a chaplain denied “any linkage between Harari and Heber.”

Three members of Heber’s congregation allegedly confronted him in January about the messages he allegedly sent Jessica Moran and three other women. A member of a council of Chabad rabbis convened to investigate that issue told one of Heber’s congregants in a text message that they would act “harshly” against Heber and ensure he received “intense therapy.” Heber’s lawyer confirmed his client was now in counseling, due to his grief over his mother’s death.

Heber returned to his pulpit last month. Harari was not disciplined for banning the Morans from the base’s Jewish events, but is still being investigated for allegedly having “violated confidentiality, exceeded his authority by implementing a bar to JBLM facilities and services, and made false official statements,” according to an Army document. Harari is still the rabbi on base.