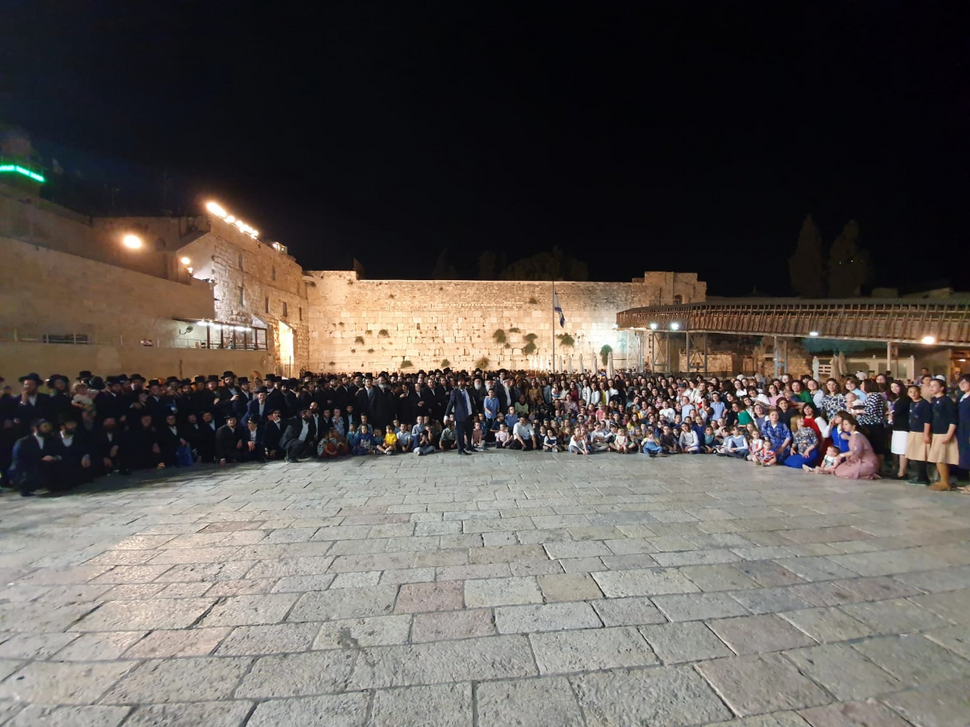 A 104-year-old Holocaust survivor wanted to celebrate her birthday by praying with her descendants at the Western Wall — and 400 people showed up, leading to a massively viral photo, the Algemeiner reported.

For her 104th birthday, Shoshana Ovitz had initially asked her eldest granddaughter, Panini Friedman for “a list of all the grandchildren and great-grandchildren so she could pray for them.” To Ovitz’s surprise, 400 of her descendants arrived in Jerusalem to pray together. So instead, Ovitz resolved to pray that “everyone gets everything they need.”

Gathering 400 family members was no easy feat; Friedman and her relatives used email, phone calls, and text messages to bring in as many people as they could. According to Friedman, they were still “missing about 10 percent of [her descendants].”

Ovitz survived the Auschwitz concentration camp, where she saw her mother taken before her eyes by Nazi doctor Josef Mengele, who performed deadly and gruesome experiments on his victims. After her liberation, she met her husband Dov Ovitz, whose wife and four daughters had perished during the Holocaust. The two married and lived in an Austrian transit camp before settling in Haifa, where they raised two daughters and two sons.

At one point in the night, Ovitz ascended a platform and laid her eyes on all of her descendants. Friedman described the event as “very emotional” and said that “Everyone was there with tears in their eyes.”