Michael Hochberg as a baby with his parents. Image by Jewish Foundation for the Righteous

When Michael Hochberg met the woman who helped saved his life during the Holocaust, he embraced her and whispered in Polish, “What a great surprise,” and then called her a pretty flower. He handed her a bouquet of tangerine roses.

She replied back in the same language: “I didn’t expect it would happen.”

Hochberg, who is now 77, and Krystyna Jakubowska, who is 86, met inside the Port Authority pressroom at John F. Kennedy International Airport in New York while half a dozen news cameras captured the moment on December 2.

Jakubowska arrived fresh off a plane, her first time flying and traveling to America. Hochberg, who had come earlier from his home in Haifa, Israel, awaited her arrival as she freshened up in the bathroom. He paced the room and willingly answered questions from reporters through his translator and son.

In an interview with The Forward before the reunion, he sat pensively and spoke slowly.

“It’s like a dream come true,” he said. He retained a far off look and said he couldn’t recall many details from the war, as he was a young boy at the time, but spoke of the fear in his home city of Warsaw.

“I remember a lot of horror around us,” he said, in particular the bombings and witnessing the Warsaw ghetto burning. He said that because Jakubowska was closest in age to him, he felt secure in her presence.

Someone interrupted his thoughts and announced that Jakubowska would be arriving shortly, and led Hochberg to the right side of a gray-carpeted stage. Hochberg stood still and held his flowers as someone adjusted his clip-on microphone.

Jakubowska entered through a side door opposite him and the two walked towards each other and embraced. They looked at each other fondly and chatted in Polish for several minutes. Cameras around them clicked. A woman from the Jewish Foundation for the Righteous, which facilitated the reunion, ushered them into two chairs situated side-by-side so they could answer questions about their time together in Poland. Jakubowska smiled and animatedly flailed her hands as she told their story. As she talked, she petted Hochberg’s arm. He sat quietly beside her and later clasped her hand in his.

The Jakubowska family took in Hochberg when he was four years old; the Hochbergs were family friends. His parents stayed behind in the ghetto. For two years, Hochberg stayed inside their apartment. He was only allowed to leave at night when he briefly stood on the balcony for fresh air. Eventually neighbors became suspicious and began asking questions. But Jakubowska’s mother pretended Hochberg, who did not have the family’s fair skin and blonde hair, was her grandchild. 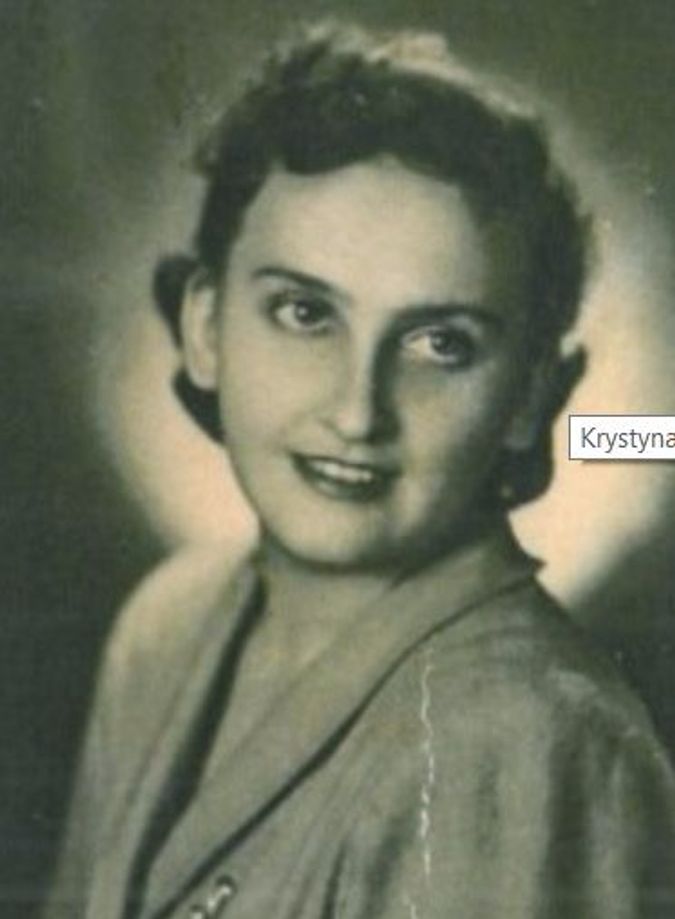 Krystyna Jakubowska. Image by Jewish Foundation for the Righteous

In 1944, the Germans forced Warsaw residents out of the city to a camp, and Hochberg went with the Jakubowska family. When the parents died shortly after, Krystyna assumed responsibility for Hochberg. She was a teenager at the time.

The pair separated after the Soviets liberated the area and Hochberg barely had time to say goodbye. He was sent to a Jewish orphanage in a village outside the city. Both his parents had been killed in the ghetto. He finished his studies and at age 18, moved to Israel.

The two lost contact until Hochberg traveled to Poland and tracked down Jakubowska. They have met several times since their first reunion in 2006, including visiting the family’s apartment in Warsaw. But each meeting only lasted several hours and now, both seemed excited to have the opportunity to spend a whole week together, touring New York City and catching up.

After about 30 minutes of answering questions, mostly by Jakubowska, the cameramen packed up and several rushed off to cover other breaking news stories. As the room emptied, Jakubowska and Hochberg continued to sit on stage, talking to one another in Polish. He gazed off past her as he listened and her hands waved in front of her face as she chatted. The bouquet of flowers lay on the coffee table in front of them.

They eventually disappeared backstage together – taking the roses, but leaving their family members to mill about and chat.