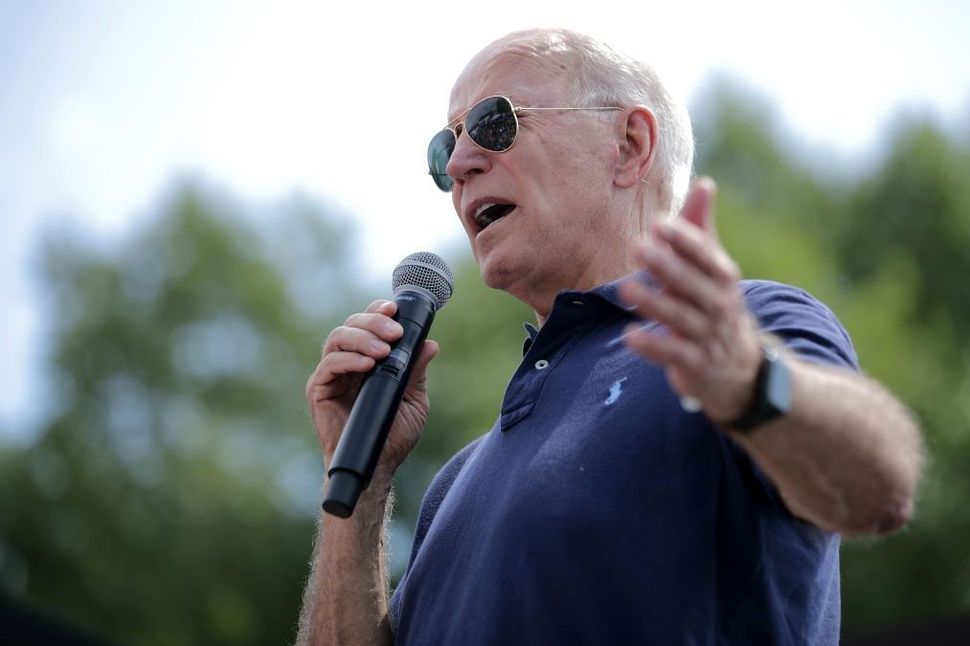 Former vice president Joe Biden was fired up on Thursday while arguing with a journalist from the right-wing website Breitbart who claimed that Biden had mischaracterized President Trump’s comments about “very fine people on both sides” in Charlottesville after the 2017 white nationalist riot there.

After Biden descended from a podium after his 20-minute speech at the Iowa State Fair, he was confronted by a number of journalists, including Breitbart senior editor-at-large Joel Pollak, who has repeatedly argued that Democrats and the media have mischaracterized Trump’s speech and ignored the president’s condemnations of white nationalism.

Biden has said that Trump’s post-Charlottesville remarks were one of the key incidents that inspired him to run for president. And the former veep made his point in angry tones to Pollak. Portions of the exchange were captured on Twitter.

Up close confrontation at the Iowa state fair:this man accuses ⁦@JoeBiden of misquoting ⁦@realDonaldTrump⁩ on white supremacists — and Biden tears into him. pic.twitter.com/2ycHT869jP

“No, he called all those folks who walked out of that — they were neo-Nazis. Shouting hate, their veins bulging,” Biden responded.

“But he said specifically that he was condemning them,” Pollak said.

“No, he did not,” Biden retorted. “He said, he walked out, and he said — let’s get this straight. He said there were ‘very fine people’ in both groups. They’re chanting anti-Semitic slogans, carrying flags.”

Pollak and other conservative figures, like the YouTube channel PragerU, have decried what they call the “Charlottesville Hoax,” claiming that the “very fine people” Trump was referring to were individuals who were in Charlottesville merely to oppose the removal of a statue of Confederate general Robert E. Lee.

Shortly after that line in his remarks, Trump said that during the protest “the night before [the riot], they were there to protest the taking down of the statue of Robert E. Lee” and that “a lot of people in that group that were there to innocently protest.”

That nighttime protest featured the march of white nationalists chanting “Jews will not replace us.”