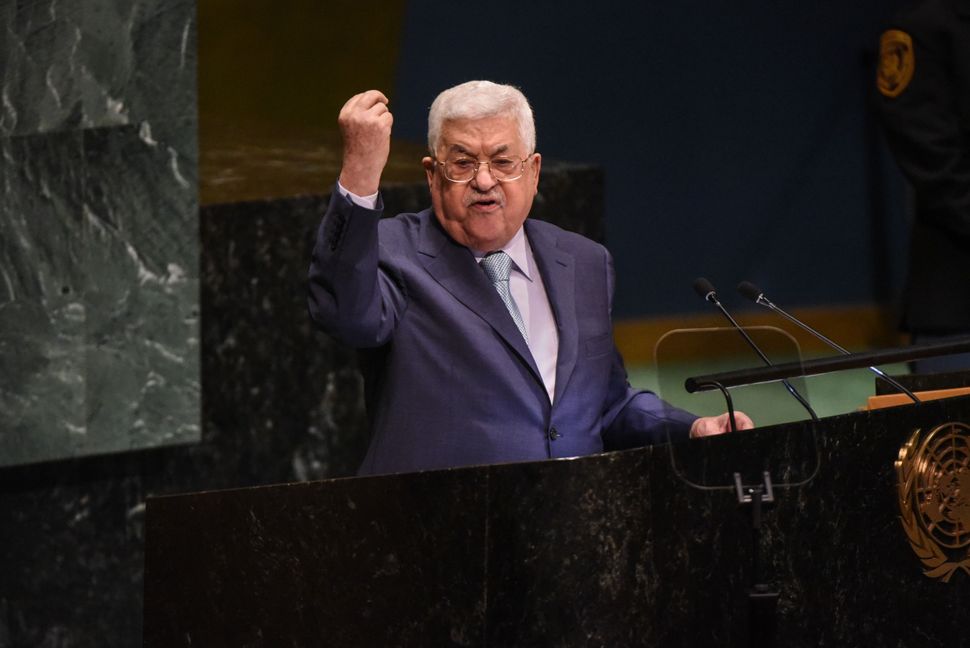 President of the Palestinian Authority, Mahmoud Abbas, at the United Nations Image by Getty Images

JERUSALEM (JTA) — Palestinian Authority President Mahmoud Abbas declined to meet with a Republican congressional delegation only a week after meeting with a Democratic group on a visit to Israel.

Abbas dropped out of a scheduled meeting in Ramallah with the delegation of 31 Republicans, according to Jewish Insider, leaving the lawmakers to meet with PLO Secretary-General Saeb Erekat and Prime Minister Mohammad Shtayyeh.

The group’s visit was arranged by the AIPAC-affiliated American Israel Education Foundation.

One lawmaker told Jewish Insider that he skipped the trip to Ramallah after finding out that Abbas would not be meeting with the group.

“He canceled on the Republicans,” Rep. Anthony Gonzalez told the news outlet. “I think it’s because the administration has been awfully hard on Palestinians and very supportive of Israel — which is the right thing to do — and I think he saw the Republicans as maybe not worth his time.”

The Palestinian Authority has been angered by Republican President Donald Trump’s decisions to recognize Jerusalem as Israel’s capital and Israeli sovereignty over the Golan Heights, cut funding for aid programs and seemingly walk back the American commitment to a two-state solution.