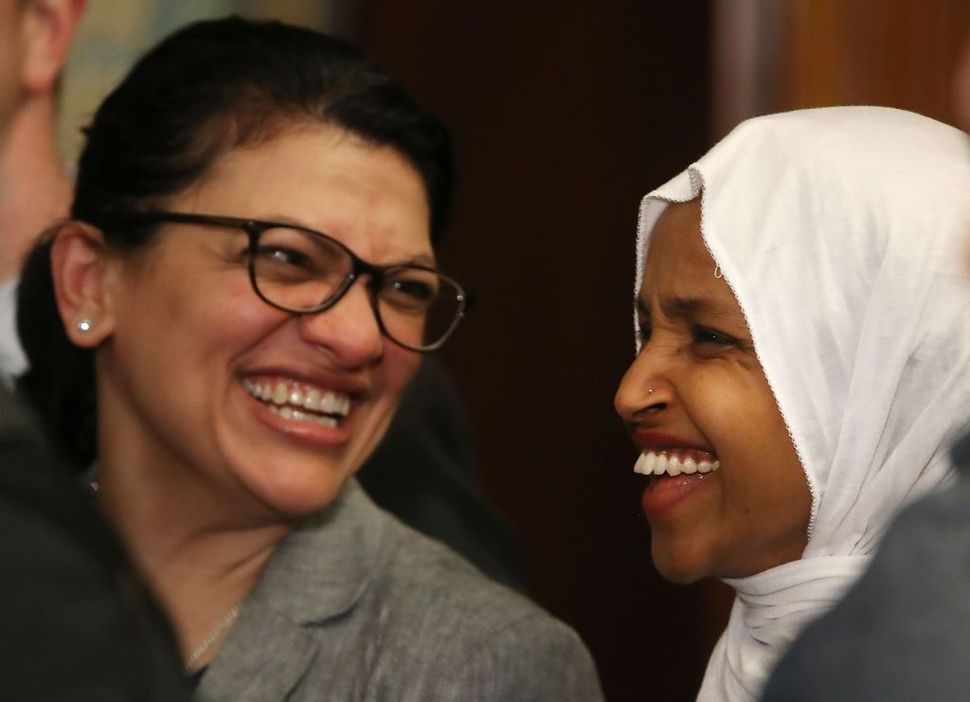 The government of Israel has blocked Reps. Ilhan Omar and Rashida Tlaib from entering the country during their planned congressional visit to Israel and the West Bank this weekend.

Interior Minister Aryeh Deri announced the ban in a statement on Thursday. He added that if Tlaib, who is Palestinian-American and has relatives in the West Bank, were to request a humanitarian visa to visit her family, he would consider it.

Omar and Tlaib are the first two Muslim women elected to Congress and the only representatives who support the boycott, divestment and sanctions (BDS) campaign against Israel. A law allows the Interior Ministry to bar BDS supporters from entering the country, but there are exceptions if doing so would harm the country’s Israel’s foreign relations, Haaretz reported.

One of Netanyahu’s closest advisors had said last month that the two would be allowed entry. “Out of respect for the U.S. Congress and the great alliance between Israel and America, we would not deny entry to any member of Congress into Israel,” said last month in a statement to reporters delivered by WhatsApp.

But President Trump, who is close to Netanyahu, reportedly told his own advisers that he thought Israel should turn them away, Axios reported last week.

“It would show great weakness if Israel allowed Rep. Omar and Rep.Tlaib to visit,” Trump tweeted on Thursday after news of the possible ban first broke. “They hate Israel & all Jewish people, & there is nothing that can be said or done to change their minds. Minnesota and Michigan will have a hard time putting them back in office. They are a disgrace!”

Most American Jewish organizations, including those frequently critical of Omar and Tlaib, reacted critically to the news.

“Banning members of Congress from visiting Israel, where they can see facts on the ground with their own eyes, is counterproductive and plays into President Trump’s goal of politicizing support for Israel,” stated Jewish Democratic Council of America director Halie Soifer.

One point of contention with Omar and Tlaib’s itinerary was reportedly a planned visit to the Temple Mount, which is sacred to Muslims, Christians and Jews and is frequently the site of violent protests from Muslims upset by Israeli security practices as well as the presence of Jews there.