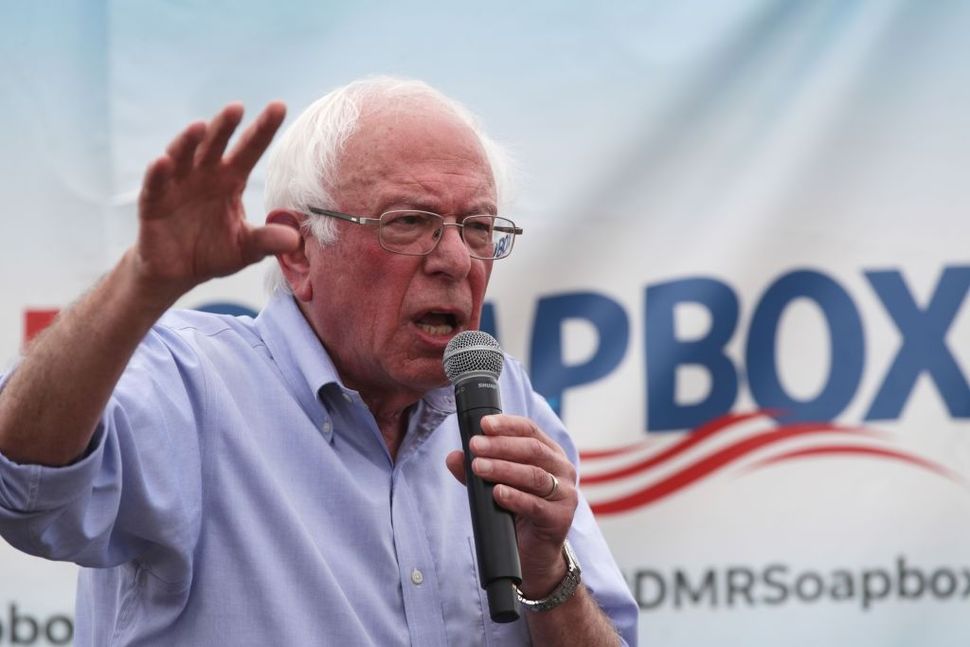 (JTA) — Sen. Bernie Sanders suggested that Israel should not receive foreign aid from the United States if it stands by its decision to deny entry to Reps. Ilhan Omar and Rashida Tlaib.

Appearing on MSNBC on Thursday, the Democratic presidential candidate was responding to Israel’s decision that day to bar entry to Omar and Tlaib, two Democratic congresswomen from Minnesota and Michigan, respectively. Israel said it was barring them because they support the movement to boycott Israel and were not meeting with Israeli officials on their trip.

“But the idea that a member of the United States Congress cannot visit a nation which, by the way, we support to the tune of billions and billions of dollars, is clearly an outrage,” Sanders, I-Ver., said. “And if Israel doesn’t want members of the United States Congress to visit their country to get a firsthand look at what’s going on — and I’ve been there many, many times — but if he doesn’t want members to visit, maybe he can respectfully decline the billions of dollars that we give to Israel.”

WATCH: Bernie Sanders on Israel’s decision to deny entrance to two elected U.S. officials: “If Israel doesn’t want members of the United States Congress to visit their country…maybe they can respectfully decline the billions of dollars that we give to Israel.” #inners pic.twitter.com/m48djEhZjU

Sanders also appeared to blame Israel’s decision on President Donald Trump, who encouraged Israel to bar Omar and Tlaib in a tweet.

This is not the first time that Sanders has suggested leveraging U.S. aid to Israel to achieve foreign policy outcomes. He has said that he supports Israel’s right to exist in peace and security but has repeatedly criticized the government of Prime Minister Benjamin Netanyahu and advocated for Palestinian rights.