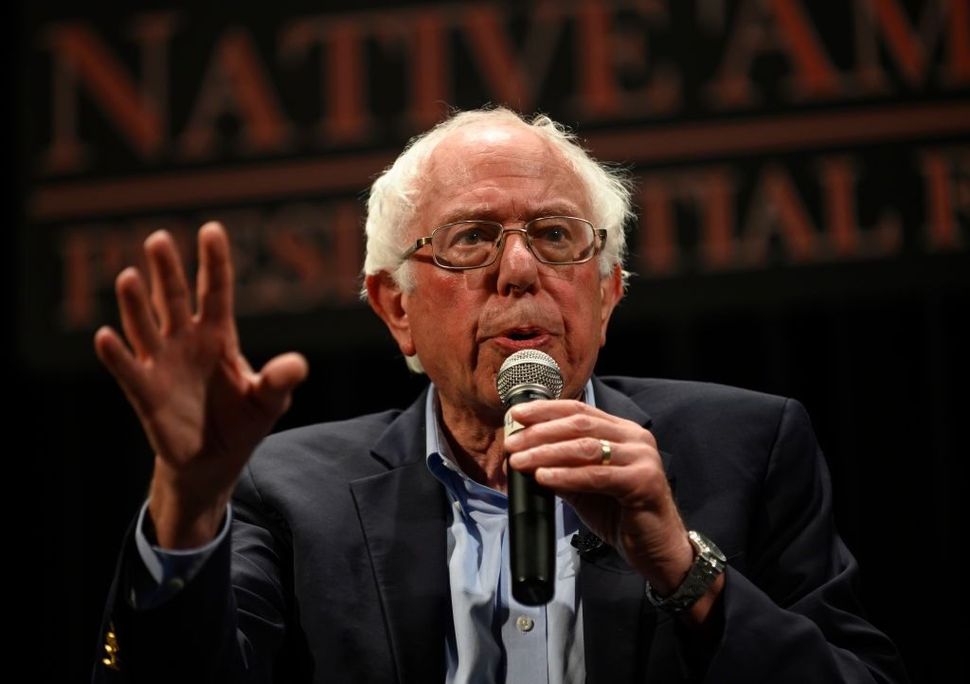 Senator Bernie Sanders, the most high-profile Jewish figure running for the Democratic presidential nomination, offered a retort to President Trump on Tuesday night, a few hours after the president said that Jews who vote Democratic were either uninformed or show “great disloyalty.”

“I am a proud Jewish person, and I have no concerns about voting Democratic,” Sanders said at a campaign rally in Sioux City, Iowa. “And in fact, I intend to vote for a Jewish man to become the next president of the United States.”

My message to Trump: I am a proud Jewish person and I have no concerns about voting Democratic. pic.twitter.com/vNEQfRnb5f

President Trump made his remarks from the Oval Office in response to a journalist’s question about Democratic Reps. Ilhan Omar and Rashida Tlaib, who were barred from entering Israel last week, a move that Trump supported. Sanders and other Democratic presidential candidates condemned the Israeli government for the move.

“It’s unclear who [Trump] is claiming Jews would be ‘disloyal’ to, but charges of disloyalty have long been used to attack Jews,” Anti-Defamation League CEO Jonathan Greenblatt tweeted. “As we’ve said before, it’s possible to engage in the democratic process without these claims. It’s long overdue to stop using Jews as a political football.”