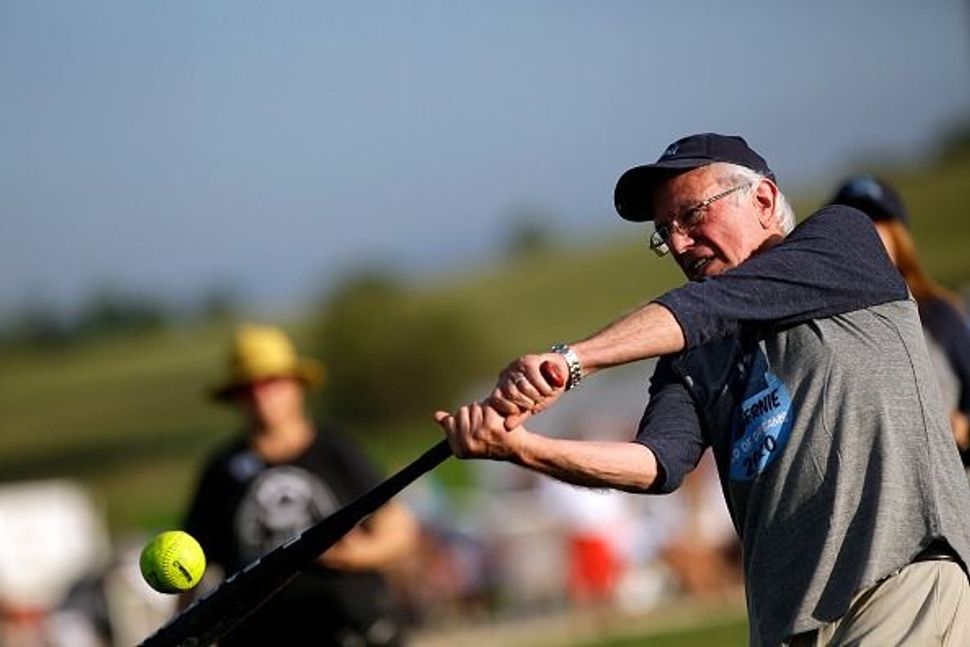 Senator Bernie Sanders was a natural while playing softball at Iowa’s Field of Dreams on Tuesday.

The Democratic presidential candidate tends to flex his athletic skills on the basketball court, but this week he played a good game of softball with his political colleagues at the site where the famous baseball movie was filmed. He was strong at bat, hitting the ball and running the bases in long khakis. He also played pitcher.

Sanders was a high school track star and continued to play sports into adulthood. The Guardian in 2016 interviewed people who had played pick-up basketball with Sanders in the 1970s. They said that while he “wasn’t very fast,” he was “crafty” with “good elbows.”