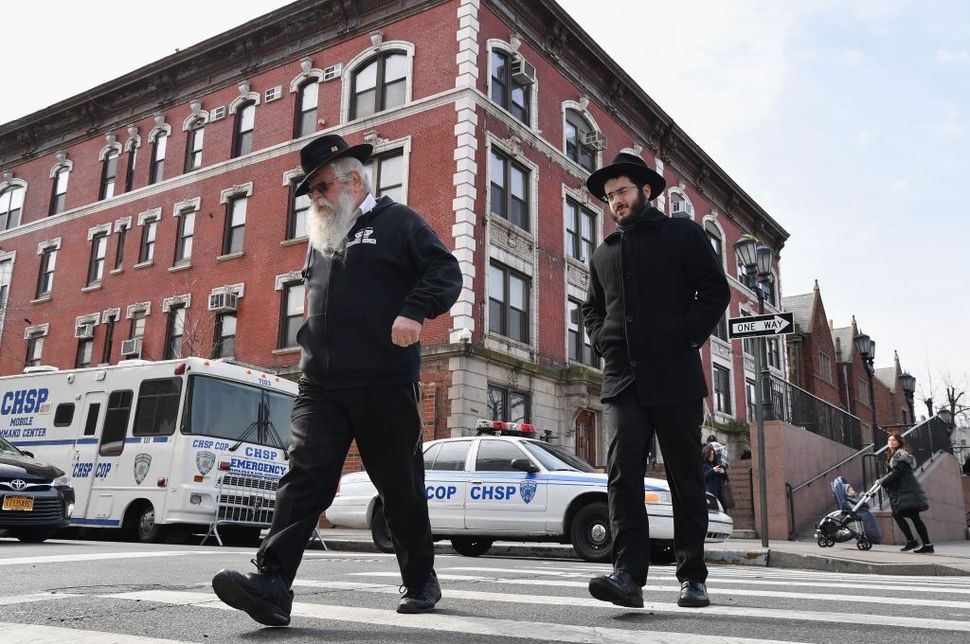 A Jewish man in his 60s was attacked with a brick in a city park in Brooklyn on Tuesday, Yeshiva World News reported.

The man was reportedly doing an exercise walk in Rochester Park in the heavily Jewish neighborhood of Crown Heights when he was attacked by a man holding a giant brick. He was reportedly bloodied but managed to fight back with the assistance of passers-by, causing the alleged assailant to flee.

A New York Police Department source told Yeshiva World News that there had been no words exchanged between the man and his alleged attacker prior to the incident. The source added that they had footage of the incident and the NYPD’s Hate Crimes Task Force was investigating.

This morning, as my father in law was walking in Rochester Park in Crown Heights, he was attacked with a deadly weapon. This is absolutely frightening, and obviously something that a civilization should never tolerate. May Hashem protect us, and we should only share good news. https://t.co/ZEYjk92Fms

New York City has seen a spate of anti-Semitic incidents in the past year, especially assaults on visibly Jewish men in Brooklyn. The NYPD reported in June that the number of hate crimes in the city during the first six months of 2019 was more than double the number the previous year – and that more than half of the 2019 incidents were anti-Semitic in nature.