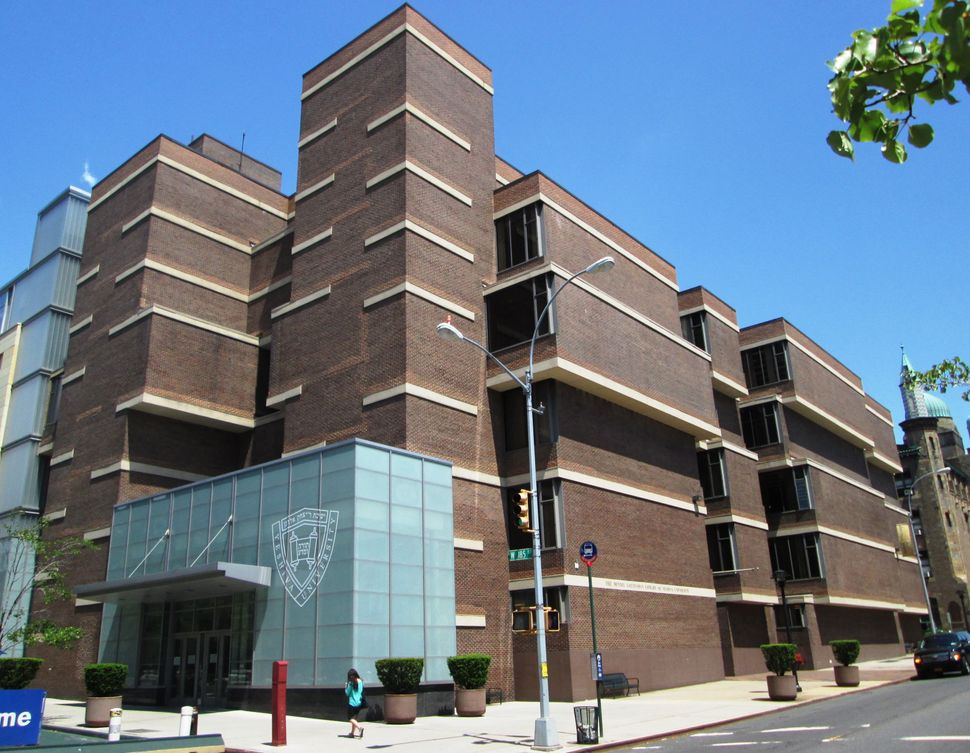 Gottesman Library at Yeshiva University Image by Beyond My Ken/Wikimedia

(JTA) — The photos of thousands of students and faculty of Yeshiva University appear on a white nationalist and anti-Semitic website.

The photos were posted on the Vanguard News Network Forum, in a thread that mocked Jews’ for their appearance. The thread first appeared on June 3rd, 2018, and on  June 27th, 2018, the first Yeshiva University students are posted, according to the YU Observer student newspaper. The most recent post of YU students was on Aug. 29.

The photos include images of YU high school students as well. They came from YU website and publications and albums, according to the report.

Some students have filed a report with the New York Police Department.

“Those photos are part of a much larger collection of images and commentary that includes anti-Semitic and racist language,” Josh Joseph, senior vice president of YU said in a statement on Friday. “The content of the online forum targeting members of our community is appalling and offensive. Targeting individuals on the basis of their religion, ethnicity or race is inexcusable.  While this situation is obviously disturbing, our Security team has investigated and found no direct threat to the individuals appearing in the photos or to Yeshiva University.”

Brandeis University, which has Jewish roots, informed its students and staff last week that photos of some of its students and faculty members are posted to the same thread. The university said in a letter addressed to the campus community that it does not believe that there is a threat to campus safety or to the people in the photos.