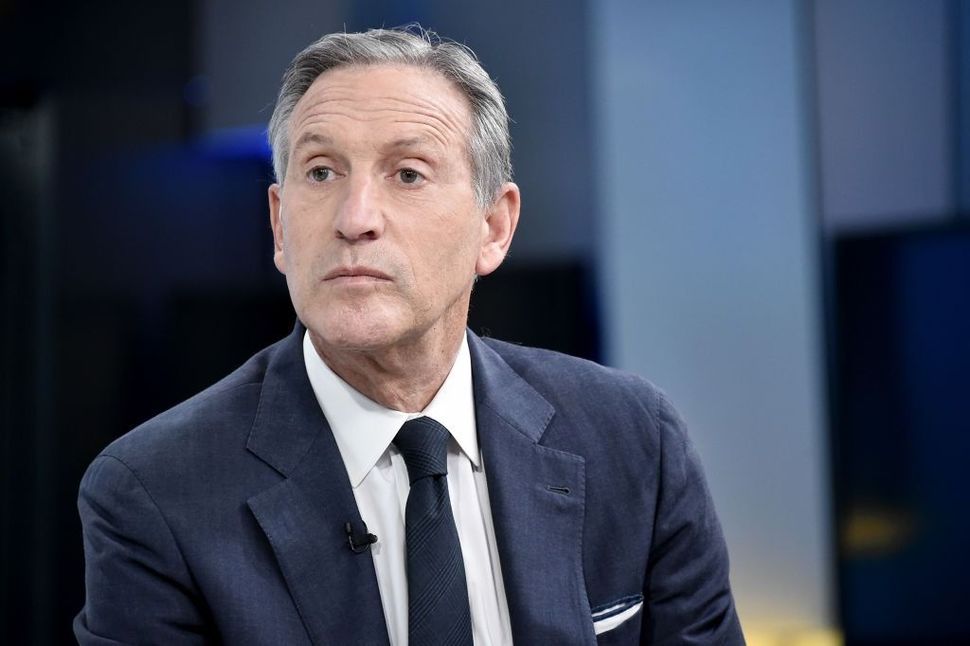 WASHINGTON (JTA) — Howard Schultz, the former Starbucks CEO, is dropping his bid for an independent run for the presidency.

Schultz said he feared his candidacy could keep a moderate Democrat from ousting President Donald Trump.

The billionaire philanthropist announced his decision in a letter Friday to supporters, Axios reported.

Schultz, a longtime Democrat, launched his bid earlier this year because he feared that a left-wing Democrat would not oust Trump, whose policies and style he reviles.

“If I went forward, there is a risk that my name would appear on ballots even if a moderate Democrat wins the nomination, and that is not a risk I am willing to take,” Schultz said in his letter.

Schultz has said that his philanthropy is extensively informed by his Judaism.