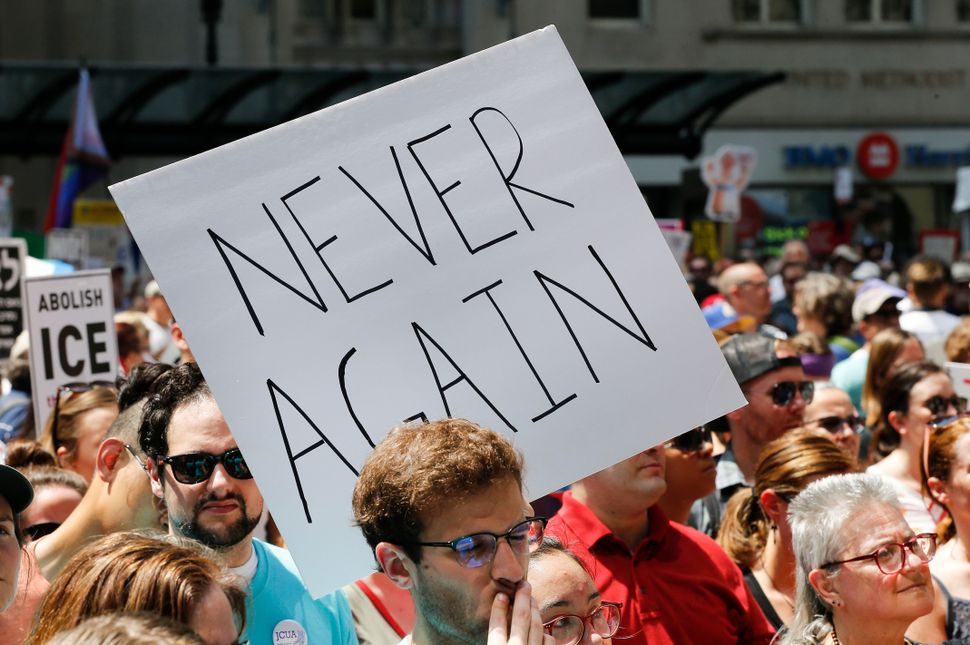 Hundreds of protesters organized by the Jewish group Never Again Action marched on Amazon’s headquarters outside of Boston Thursday, leading to the arrest of 12 activists who refused to leave the building.

The marchers sang protest songs while walking in the streets from the New England Holocaust Memorial in Boston to Amazon’s building in Cambridge, slowing traffic. At the Amazon building, group leaders held signs and shared information about corporate ties to Immigration and Customs Enforcement while Amazon employees tried to leave through the lobby, with some under police escort, local TV station WCVB reported.

“IBM profited from the Holocaust and we are here to say: Never Again,” organizer Sarah O’Connor said in a statement. “We will not allow Amazon to continue profiting from ICE. We are here to say no business with ICE.”

Amazon does not provide services directly to ICE, but does provide cloud hosting services to ICE’s subcontractors, according to the tech website The Verge. Amazon Web Services also hosts Department of Homeland Security databases that allow officials from numerous agencies to track immigrants.

Never Again Action has led dozens of immigration-related protests since its founding two months ago. In Boston, around 1,000 Never Again Action protesters led a similar march through the city in July, going from the Holocaust memorial to the city’s ICE offices. Eighteen people were arrested then.