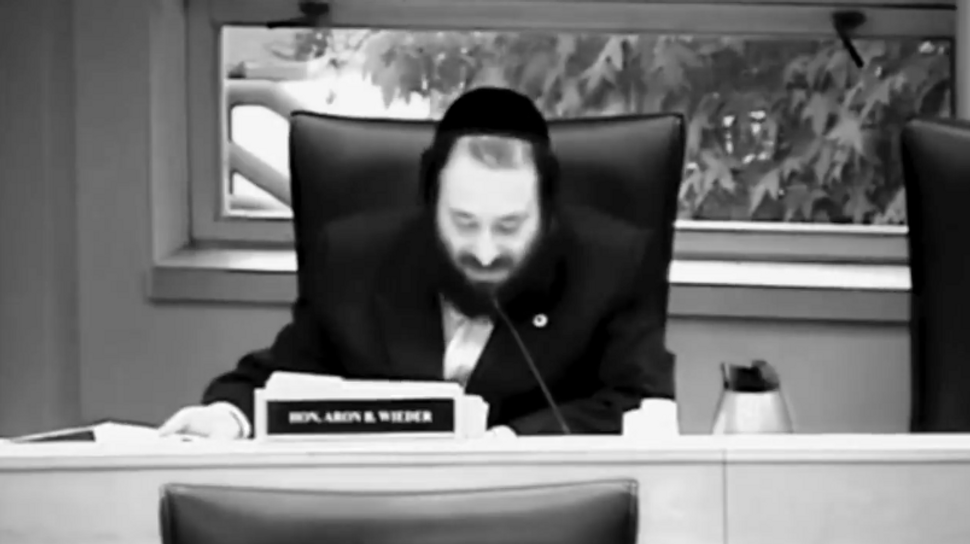 The leader of the Republican Party chapter in Rockland County, New York vowed to re-air a campaign ad that it deleted from its Facebook page after being criticized for anti-Semitism, the New York Post reported Thursday.

The video, titled “A Storm is Coming,” claimed that local legislator Aron Wieder, who is an Orthodox Jew, and his “bloc” were plotting a “takeover” of the area, which would threaten “our homes, our families, our schools, our communities, our water, our way of life.” The video was condemned by New York Attorney General Tish James and the Republican Jewish Coalition before being removed from Facebook.

“The Video came down for 2 reasons: first accomplished its goal of highlighting the issues that face our county. And second, took it down because the controversy stopped adding to number one above,” Rockland County GOP chairman Lawrence Garvey wrote on Facebook. “However,” Garvey added, “the video will be back, because this conversation is important to Rockland.”

Anti-Semitism isn’t just Jews getting punched in the face.

It’s videos like this, that paint religious Jews as the “other”. I am shocked that the Rockland County GOP approved this ad.

This video says a lot more about the people who made it than the people it seeks to condemn. pic.twitter.com/43LNeh1ygu

Rockland County has been the site of tensions for years between longtime locals and Orthodox, who now comprise around one-third of the population. A 2015 Rockland County GOP ad was also condemned as anti-Semitic for its use of footage of Jews.

The recent ad was previewed and approved by multiple local Republican Party officials in February, the Post previously reported.