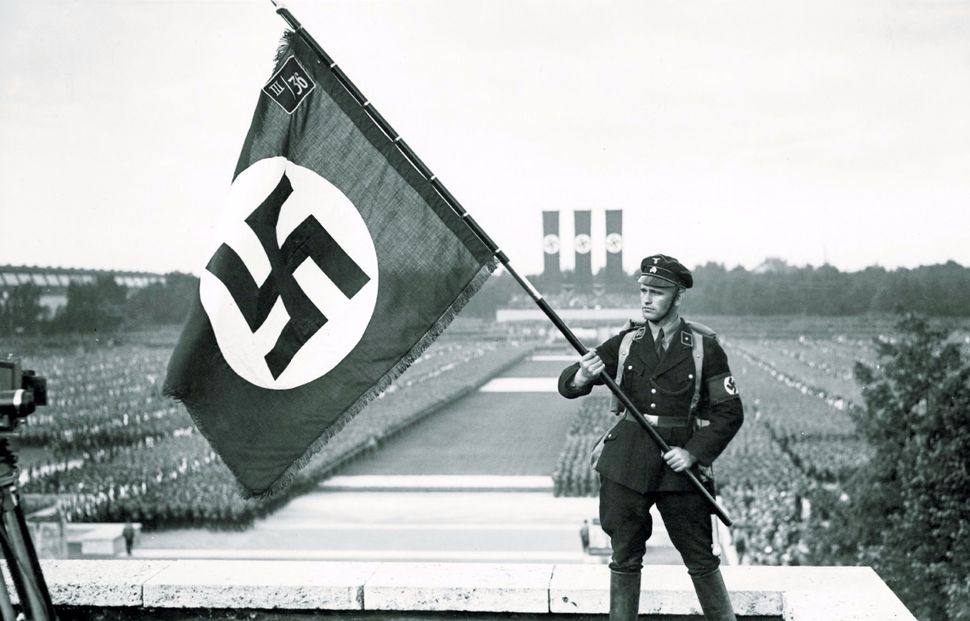 An Austrian hotel sued a German traveler who complained online about finding a portrait of a Nazi in the lobby, The Guardian reported.

A man and his wife checked into a four-star hotel in the Tyrolean Alps in August and immediately noticed two unsettling framed photos: one of a young man wearing a uniform with an eagle and swastika badge, and the other of an older man whom he called a “Nazi grandpa.”

Thomas K, as he’s referred to in court documents, posted reviews under a pseudonym on travel sites Booking.com and TripAdvisor in German and English about a week after his visit. The subject read: “At the entrance they display a picture of a Nazi grandpa.”

“This made us wonder what the hotel owners are trying to tell us with this image,” he continued. “This incident speaks volumes about the current state of affairs in this region of Austria. Sadly, our desire to visit this mountain region has disappeared completely.”

The hotel’s owners reached out to the websites to have the reviews removed, asserting that the descriptors were libelous. The men in the photos, one of whom was one of the owner’s uncles, were members of the Wehrmacht, the German armed forces, from 1935 to 1945.

It’s customary in Austria to display family portraits, and the hotel’s owners claim they weren’t aware of their relatives’ Nazi involvement. But after digging through the German National Archives in Berlin, Thomas K gathered research that proved that the men joined the Nazi party in 1941 and 1943.

The trial will take place later in the year, combined with a related suit in which Thomas K accused a member of the owner’s family of harassing him on the phone about taking down the review.

TripAdvisor has since deleted the review. And according to the owners’ lawyer, the portraits have been removed.