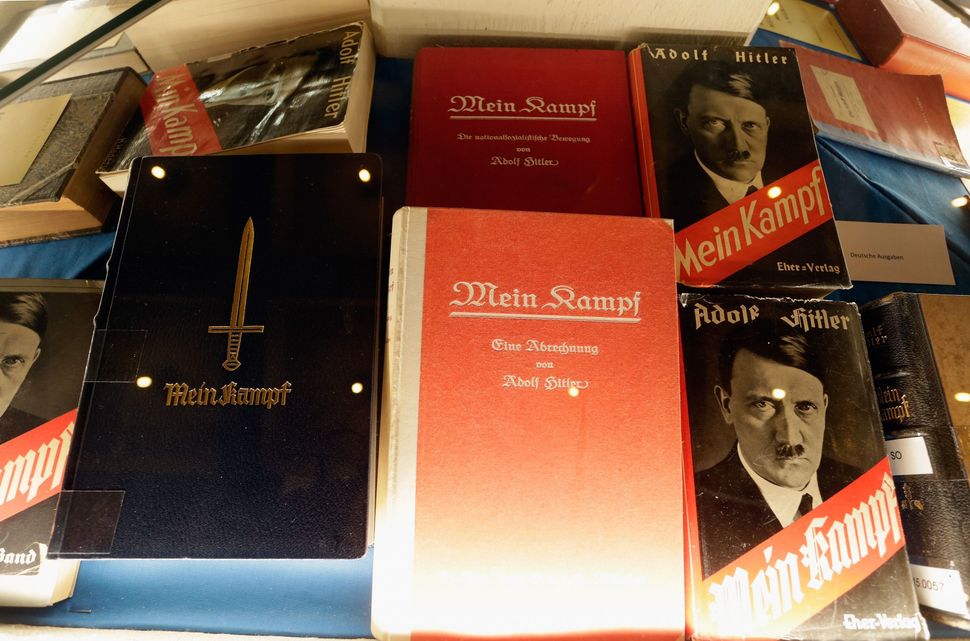 The version of this book — in a translation the product description erroneously calls the “official” translation of the Nazi regime — is on sale for $14.88. That number — 1488 — is a reference to neo-Nazi ideology: the 14-word creed of white supremacists and the eighth letter of the alphabet, HH, for “Heil Hitler.”

The description of the edition of “Mein Kampf” contained messages overtly directed at neo-Nazi readers and others sympathetic to white supremacy.

“This book shows the foundations of White Resistance and White Nationalism,” the description reads. “It is the foundation and seed for the preservation of our Race.”

The description also suggests that the book is not overtly anti-Semitic. (The book has several sections that describe Jews as enemies and secret puppet-masters of the world economy.)

“‘Mein Kampf’ is often portrayed as nothing more than an Anti-Semitic work, however only 6% of it even talks about the Jews,” the product description reads. “The rest contains Hitler’s ideas and beliefs for a greater nation plus his plan on how to accomplish that goal.”

None of the booksellers commented on why the book had ended up on their website. Amazon in particular has a history of selling neo-Nazi merchandise, such as action figures, a jigsaw puzzle of the Dachau death camp, books that deny the Holocaust ever happened and other items emblazoned with Nazi symbols and propaganda.

The U.S. is one of a few Western countries to never ban sales of the book, even during World War II. Germany unbanned Mein Kampf in 2016.