Are ‘14’ And ‘88’ Nazi Dog Whistles In Border Security Document — Or Just Numbers? 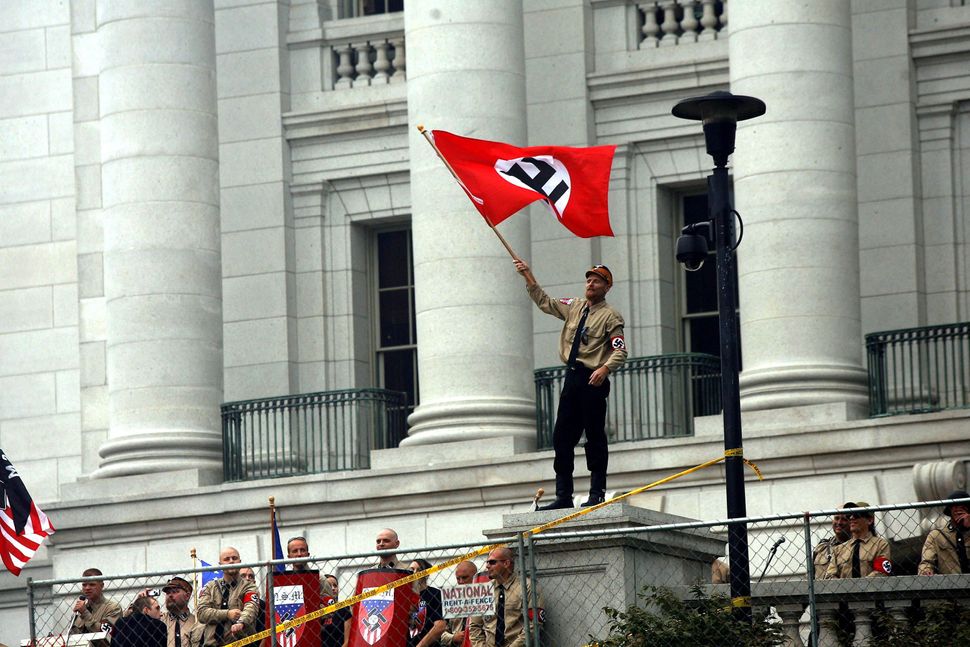 Sometimes a dog whistle can be a number, not a word. The number “88” appeared in a strange context in a press release from Homeland Security calling for building a border wall, along with a headline that had a total of fourteen words — but until today, no one seems to have noticed.

Today, the press release, originally issued in February, is getting some attention from journalists covering the “hate and extremism” beat. Here is an example, from Christopher Mathias, who covers hate and extremism for The Huffington Post.

What is happening, for those needing a translation, is this: The number “88” is code for Heil Hitler. And 14 is white-supremacist shorthand.

“One of the most common white supremacist symbols, 88 is used throughout the entire white supremacist movement, not just neo-Nazis. One can find it as a tattoo or graphic symbol; as part of the name of a group, publication or website; or as part of a screenname or e-mail address,” the ADL’s hate symbol database notes.

Most of the press release, titled “We Must Secure The Border And Build The Wall To Make America Safe Again,” uses percentages, as do many statistical reports.

But the second-to-last line is what is drawing attention on Twitter, because it has this curious wording: “On average, out of 88 claims that pass the credible fear screening, fewer than 13 will ultimately result in a grant of asylum.”

That’s odd. Normally, a report might say something like “less than 15 percent ultimately result in a grant of asylum.”

It may just be coincidence, and on a day when journalists are shot, everyone with a connection to media is understandably on edge. But there is one other factor to consider, say those who hear a dog whistle: what if this “88” is read in conjunction with the headline, which has 14 words?

The 14-word thing is its own signal. As the ADL hate symbol database explains in its unpacking of 88:

That slogan can be understood as something not very far from the press release headline: “We Must Secure The Border And Build The Wall To Make America Safe Again.”

But a numerical system of interpretation can be a way for a group to communicate with itself. In Jewish tradition, gematria is one system of Biblical commentary. Each letter in the Hebrew alphabet has a numerical value, and some commentators use this symbol of numbers to arrive at additional meanings. Some see profound meaning in this, others have always dismissed it as mere coincidence.

In the case of the DHS press release, it may be coincidence — or it may be more, a signal to those who know the system of codes.

What can be said for sure is this: It is unusual to use the statistic “13 out of 88.” It could, of course, be a typo. And the headline bearing the requisite “14 words” is not soothing for anyone who has spent time with hate databases.

But right now, those are the only definite take-aways.

In a time of fear and anxiety, it is important to take extra care before drawing conclusions. Still, from now on, it may be wise to watch the numbers, not just the words.

Are ‘14’ And ‘88’ Nazi Dog Whistles In Border Security Document — Or Just Numbers?