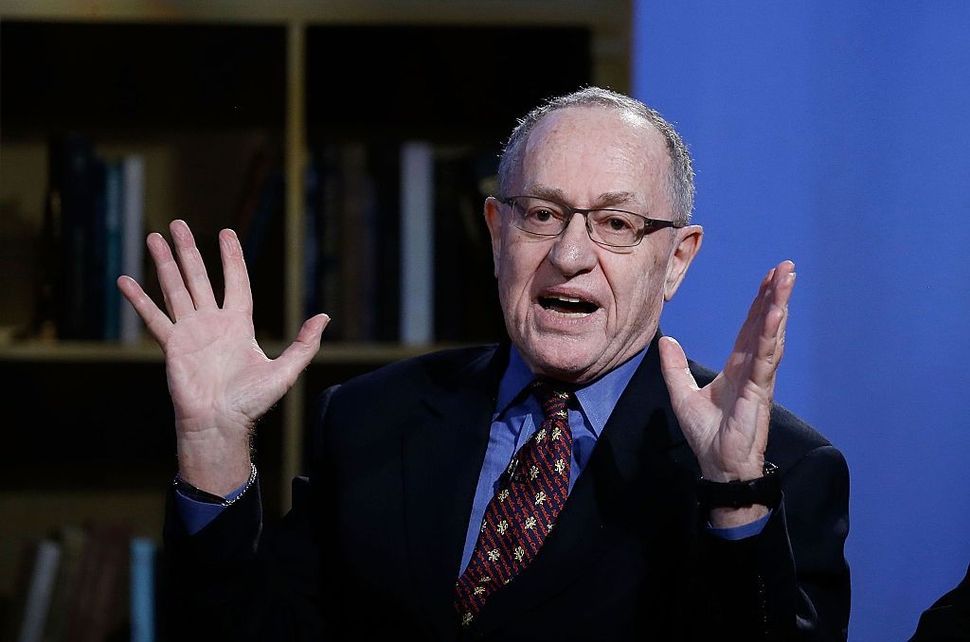 (JTA) — Denying allegations of sexual assault, the prominent attorney Alan Dershowitz lashed out at one of his accusers, claiming that she fabricated her claims and was tarnishing the #MeToo movement.

“I’ve never met Virginia Giuffre. I’ve never had sex with her. And the reason I’m saying it is because it’s true,” NBC News quoted Dershowitz as saying Tuesday while addressing reporters outside a New York courthouse following a hearing in a defamation lawsuit brought against him by Giuffre.

“She, on the other hand, has never and will never stand in front of any media and repeat her lie that she did have sex with me,” he continued, accusing her of doing “a terrible disservice to a great movement, the #MeToo movement.”

The #MeToo movement began on social networks in late 2017 following exposes by The New York Times and The New Yorker on movie mogul Harvey Weinstein’s alleged exploitation of women.

“The ‘Me Too’ movement relies on credible reports of sexual misconduct,” Dershowitz said, “and when a woman and her lawyer make false allegations and falsely accuse people, it hurts not only the falsely accused person, me, but it hurts everybody who is a true victim of sexual abuse,” he said.

In her suit, Giuffre accuses Dershowitz of sexual assault and claims that he defamed her by claiming that she maliciously spread false allegations against him.

Giuffre and Sarah Ransome, two accusers of the late financier Jeffrey Epstein, have said that Dershowitz, who represented the convicted pedophile, also abused them.

Epstein was accused of sexual abuse and committed suicide in jail in August while awaiting trial. In 2007, on previous sex abuse charges, Epstein reached a plea deal with prosecutors that was widely criticized as overly lenient.

Dershowitz has denied being involved in sex crimes. He wrote in the Jewish Telegraphic Agency that he will continue to defend clients like Epstein.