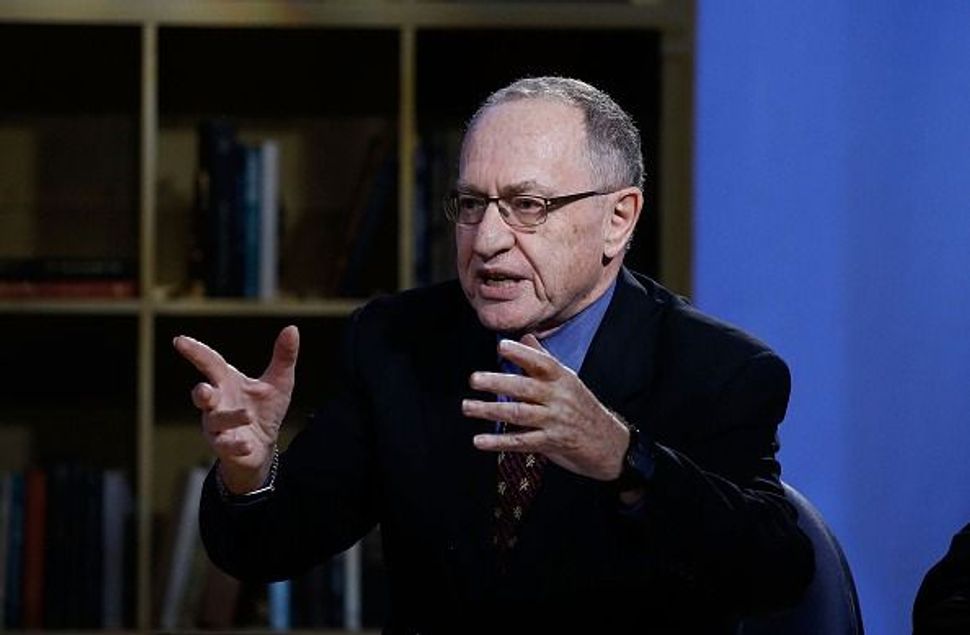 (JTA) — A prominent New York synagogue has canceled a planned event featuring a mock trial in which prominent Jewish jurist Alan Dershowitz was to defend biblical characters accused of “kidnapping and child trafficking.”

Temple Emanu-El’s decision came several days after Jeffrey Epstein, a former Dershowitz client and associate, was found hanged in a New York jail in an apparent suicide as he awaited trial on sex-trafficking charges. He allegedly abused dozens of minor girls.

The synagogue canceled the event on Wednesday, a day after the Jewish Telegraphic Agency and other media outlets wrote about it.

The event was to be the latest in a series of mock trials based on stories from the Torah held by the Reform congregation. Former New Jersey Gov. Chris Christie, also an ex-federal prosecutor, had been recruited to act as prosecutor and U.S. District Court Judge Ronnie Abrams as judge.

As the Epstein controversy swirls, Alan Dershowitz is appearing as the defense lawyer in a mock trial for child trafficking based on the story of Joseph from Genesis. pic.twitter.com/agKrOeBnxH

Dershowitz told CNBC that the event would be rescheduled and focus on a different topic.

“We’ll pick a subject that’s a little less provocative considering the circumstances. But everything else will be the same,” he said, adding that the synagogue decided to scrap the event “in consultation with me and the others” involved.

The optics of the event would have been awkward given his relationship with Epstein and the heated public debate over issues of sexuality and power sparked by his arrest and suicide.

Epstein reached a plea deal with prosecutors in 2007 that was widely criticized as overly lenient. He served 13 months in prison, during which he was allowed to leave for 12 hours a day, six days a week, and his alleged victims were not told the terms of the deal.

Two of Epstein’s accusers, Virginia Roberts Giuffre and Sarah Ransome, have also said Dershowitz abused them. Dershowitz has denied being involved in the sex crimes. He wrote in JTA that he will continue to defend clients like Epstein.

Last month, Dershowitz defended himself publicly after a 1997 column he wrote headlined “Statutory rape is an outdated concept” resurfaced on social media.