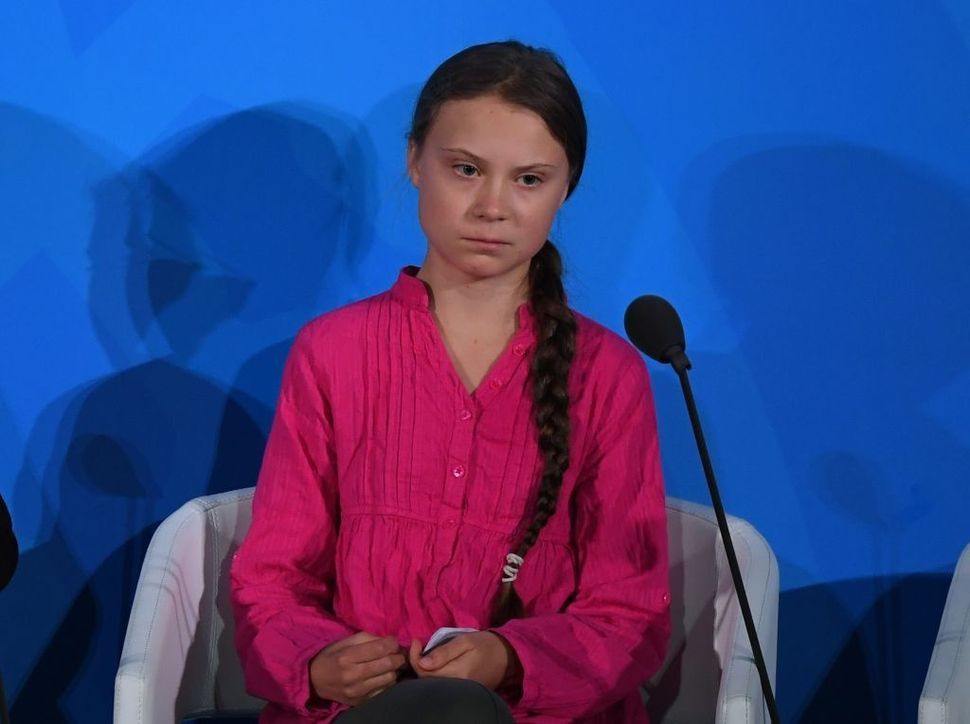 “This is that climate change girl Greta with George Soros,” One person who spread the faked image wrote. “As soon as I saw the pic I noticed there is a very strong resemblance. I feel he is behind all these climate change marches for his Globalist agenda.”

Multiple accounts tracked by AFP wrote similar messages alongside the image. Many of those posts received hundreds of shares.

According to AFP, the faked image, alongside a claim that Thumberg was Soros’s granddaughter, was first seen on the French website SecretNews, which describes itself as “a collaborative, independent parody media outlet that brings together several contributors.”

Soros, who is Jewish, is frequently the subject of conspiracy theories, many of them anti-Semitic in nature.