Could Impeachment Keep Jewish Lawmakers In D.C. For High Holidays? 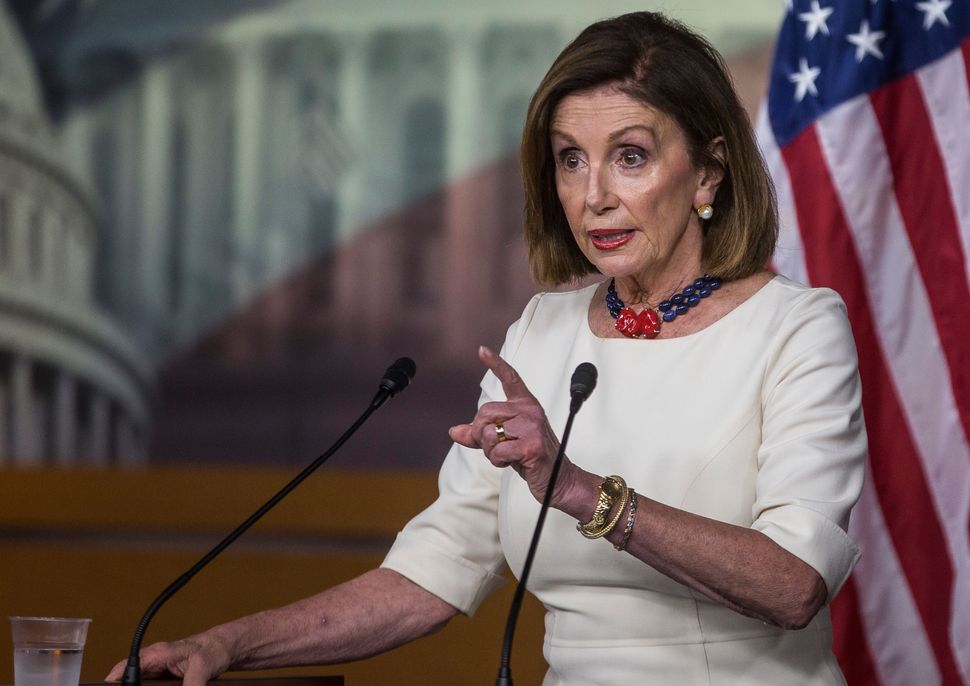 Rep. Nancy Pelosi at a weekly press conference on Thursday. Image by Getty

The House should cancel its break and start impeachment proceedings now. As the whistleblower made clear: Every day Trump is in office, our democracy is less safe. We can’t wait to act.

“I do not expect to cancel the break,” House Majority Leader Steny Hoyer told reporters this week. “For one reason, I think it is very important that members go home to their constituents and explain what they are thinking. Seven of them did it in an op-ed. All of our members need to do it to their constituents. This is a matter of grave importance, and the American people need to understand what is occurring.”

In September 1965, Jewish Congressman had what JTA reported as “unprecedented” Rosh Hashanah services in the Capitol’s non-denominational chapel. The services were arranged so that the members could stay to vote on contentious “home rule” legislation for Washington, D.C.

If the recess is not cancelled, it wouldn’t be the first time that the House has gone on its fall recess with major business outstanding. In 2008, the recess went on as planned despite the deepening financial crisis. According to Slate, while Congress has been in session on Rosh Hashanah and Yom Kippur at times in recent years, no votes were scheduled for the duration of the holidays. Otherwise, Congress tends to adjust the recess schedule around the holidays.

Could Impeachment Keep Jewish Lawmakers In D.C. For High Holidays?