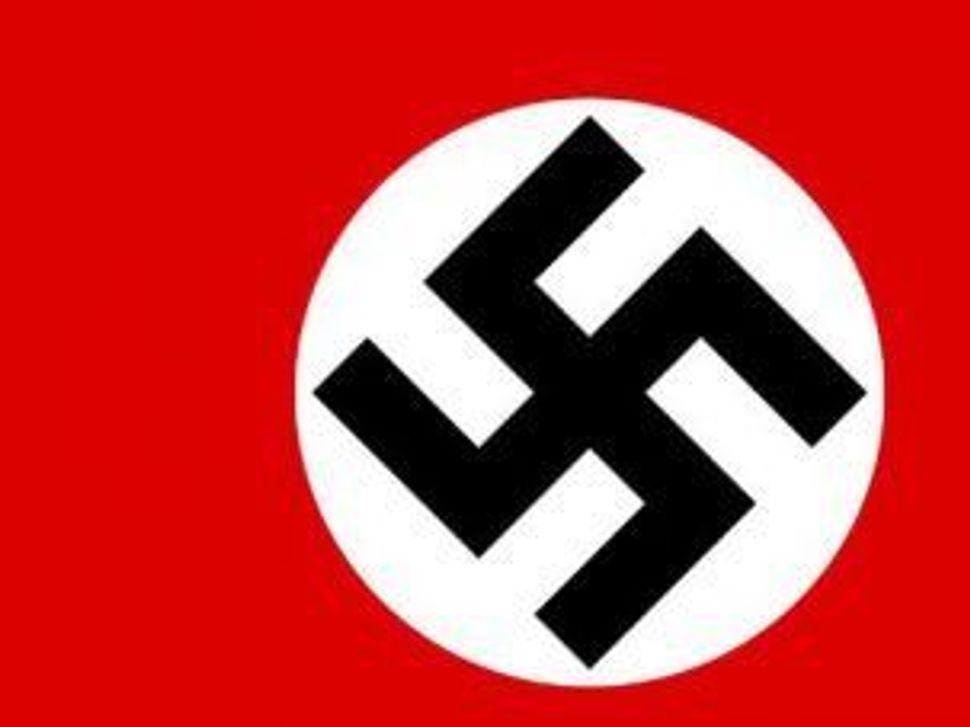 BOSTON (JTA) — – An Israeli flag defaced with a swastika and white supremacist symbols was found on the grounds of a Cape Cod synagogue hours after the end of Yom Kippur.

Police are investigating the incident at Falmouth Jewish Congregation after being notified by the synagogue’s rabbi, Elias Lieberman, who found the flag on Thursday morning, the Cape Cod Times reported.

Lieberman said the incident occurred between the end of Yom Kippur on Wednesday night and the following morning. He believes the defaced flag, spray painted with a red swastika over the flag’s Star of David and with the numbers 14 and 88, symbols that refer to Hitler and white supremacy, may have been left elsewhere, perhaps in the synagogue’s courtyard, and was blown to the bushes by wind.

The rabbi notified the New England Anti-Defamation League and local police.  He said it’s the first such incident in his nearly 30 years leading the Reform congregation.

The Falmouth Police Department is providing extra patrols during services and increased security, Lieberman told JTA Tuesday and said he was scheduled to meet with the police later in the day.

Religious leaders from local churches expressed support for the congregation.

Sukkot festival services and programs have continued as scheduled and Lieberman said he has heard that many people from outside the synagogue community will attend the congregation’s open Sukkah program on Saturday afternoon, he told JTA.

Swastikas and sexual images were found at another location in Falmouth and at a public high school in a nearby town during the same week. Both are being investigated by local police.