Snoop Dogg, Smoker Of 81 Blunts A Day, To Shill For Israeli Cannabis Company 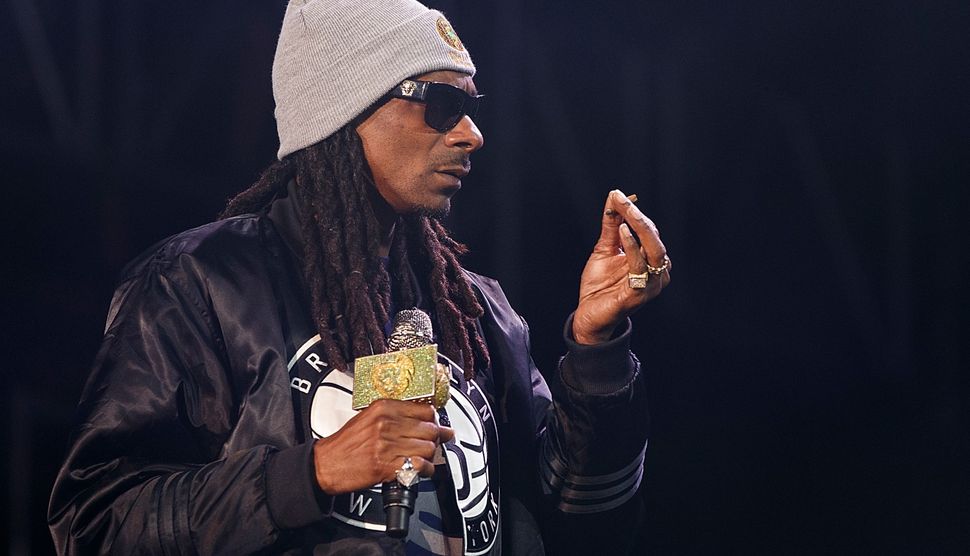 Snoop Dogg smoking marijuana while performing in 2016. Image by Getty

Snoop Dogg, the iconic West Coast rapper who has estimated his own weed intake at 81 blunts a day, will be the brand ambassador for an Israeli medical marijuana technology start-up.

Seedo, founded in 2013, makes an indoor grow box for plants that can be meticulously controlled with an app. The box, which resembles a mini-fridge if it were made by Apple, can grow plants of all kinds. Seedo, however, is marketing it for use for growing medical-grade cannabis.

“Promoting a healthier lifestyle by providing my friends and communities with products that allow for growth in unused urban spaces is something I’m all the way down with,” Snoop Dogg, whose legal name is Calvin Broadus, Jr., said in a press release from the company.

Snoop Dogg has a legendary weed consumption habit. He has said he employs a full-time blunt roller — at about $50,000 a year — but supplements his supply by sometimes rolling his own. He even has a Jewish connection to weed: Dina Browner, a Jewish marijuana entrepreneur, reportedly hooked Snoop Dogg up with his first medical marijuana license.

Seedo is one of many Israeli companies trying to make the country the capital of medical marijuana. Israel stands to make $1 billion a year from exporting high quality buds.

As part of the partnership, Seedo said it would provide some of its grow boxes to local communities around Los Angeles, beginning with Snoop Dogg’s hometown of Long Beach.

Snoop Dogg, Smoker Of 81 Blunts A Day, To Shill For Israeli Cannabis Company