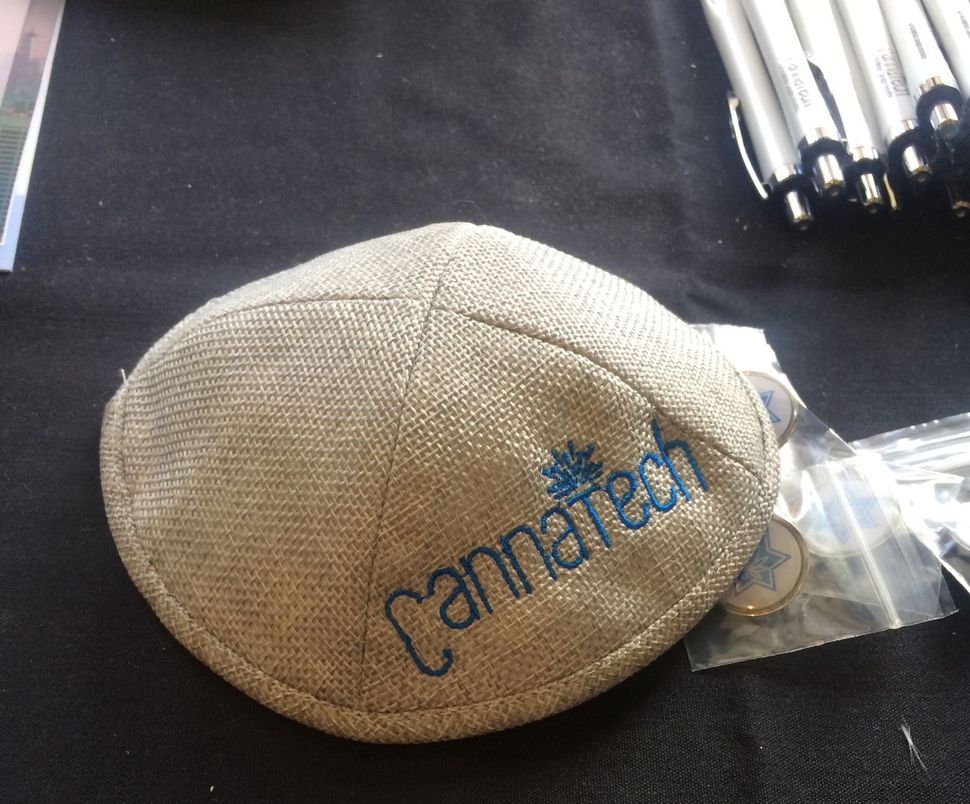 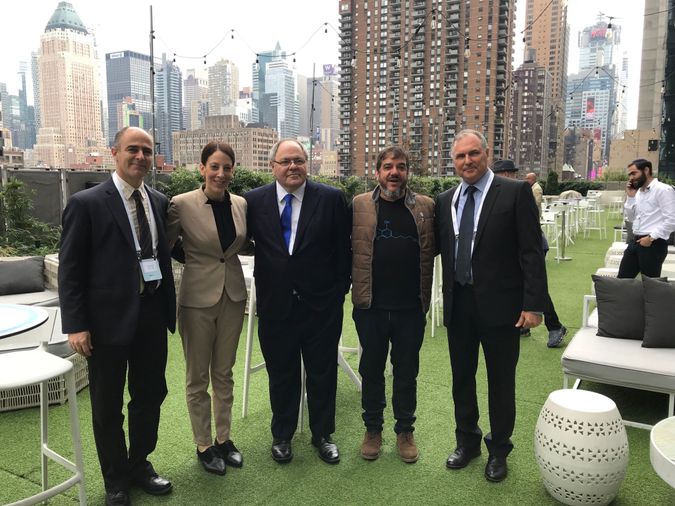 At a midtown Manhattan hotel at the Israeli Cannabis Investor Symposium, a distinct stench hung in the conference room: air-freshener.

Power points and glossy printouts sat where pipes and bongs might have enjoyed places of honor. Suits and polo shirts hung on bodies that seemed unlikely to have ever enjoyed the pleasant debilitation of a muzzled hippocampus, or the soaring effects of chemically-elevated dopamine. Cold brew, perspiring in plastic cups, was the only drug in the room.

If anyone was high at the iCanConnect Symposium, a pitch-day for Israeli and Israel-adjacent cannabis entrepreneurs, they weren’t showing it. The event, run by CannaTech, a group that throws international conferences for cannabis merchants and purveyors, was all business. A moderate bonanza of startups seeking funding for cannabis-based businesses, it offered not one thing to smoke, vape, munch, or apply as tincture.

And so it was without so much as a puff of smoke that Ambassador Dani Dayan, Consul General of Israel in New York, appeared in the room seemingly out of nowhere, leaping on stage. “If you want to understand how strategic and important this industry is in the eyes of Israelis, I will just mention one mere fact that is sometimes overlooked,” he roared into the microphone. “Israel has only two living former Prime Ministers — Ehud Barak and Ehud Olmert.” He gazed around the room.

“Both,” he said, “Are in the medical cannabis industry.”

A tidy-looking man in a gray suit and a kippah took the stage with a presentation loaded with charts and data, and I began, imperceptibly, to think about burritos. By the time I tuned back in, he was saying, “When we have hundreds of clones from the mother plant we then damage the leaves and put them into different petri dishes, and those grow into clones.”

Was the coffee laced with sativa?? The man — Michael Kagan, the CEO of ReaGenics — explained that cloning cannabis plants and growing them in photobioreactors owned by an Icelandic company that has already done this with algae circumvents issues around weather and land. This unnerving presentation was matched only by that of Inon Elroy, Israel’s Economic Minister to North America, who detailed how the Israeli government is working on branding weed products, partnering internationally with regulators like the FDA to prepare for Israeli cannabis products to be exported. Arriving at a slide labeled “Working Out Technicalities,” he sighed an Israeli-sounding sigh. 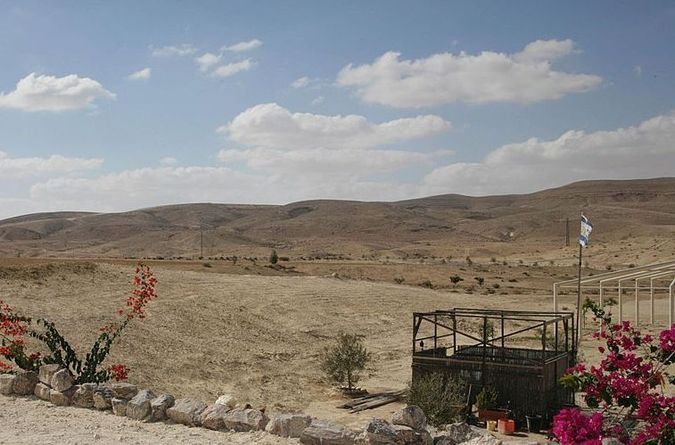 A desert farm in Yeruham, which hopes to be a center of commercial Cannabis Image by Getty Images

Chief among those technicalities, explained Doctor Nirit Bernstein, is the stigma and ignorance around cannabis that keeps gatekeepers — like government agencies and pharmaceutical companies — from embracing its possibilities. As the first scientist in Israel to receive a license to work with cannabis, Bernstein said that when she was tasked with researching the plant she thought, “Oh my god, drugs! What is my mother going to say?”

But her opinion changed as she learned more.

“Everyone will eventually be growing cannabis,” she said, simply, explaining that the plant has been used for medicinal purposes since ancient times, and cautioning that the next significant hurdle will be standardizing cannabis compounds so that they can be regulated for medical and commercial products. Doctor Robin Ely, who pioneered the treatment for Gaucher disease and now serves as a board member for iCan, derided the “evil canards” about cannabis, saying that they contribute to the fact that American medical schools don’t teach about the existence of “the primary regulating system of the body,” the human endocannabinoid system (which, among other functions, responds to cannabis.)

Mayor Tal Ohana, a sixth-generation Moroccan-Israeli and the first woman to lead her town of Yeruham, told the crowd that she, too, had initially fallen for the stigma around cannabis, before realizing its profound implications for the Israeli economy. “I got some phone call from some Russian guy, and he told me, ‘Hey Mayor! I want to open a pharmaceutical factory in your town,’” she recalled. “And I said, ‘No drugs in my town.’” But nearly half the factories in Yeruham had closed, and hundreds of citizens were out of work, so Ohana studied up and changed her mind.

“I am here to say that we are going to be the capital town of medical cannabis in Israel,” she said. “It’s a fact.” And why should people invest in newfangled factories in a desert town with no industry experience? “Because of Zionism,” she said. She fixed the audience with a stare that would make any Russian guy, drug dealer, or American angel investor stop in his tracks.