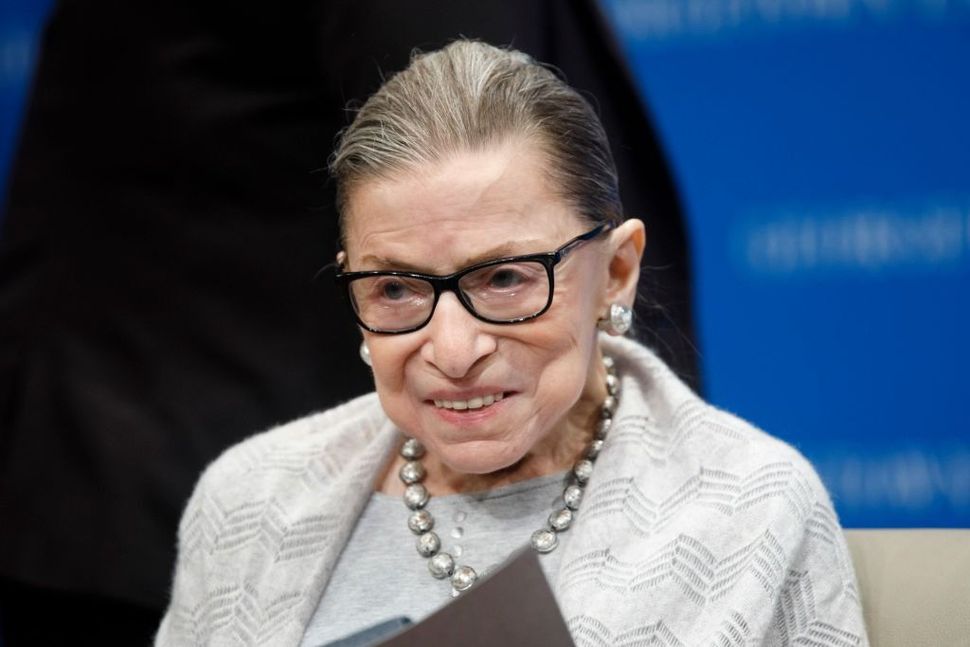 (JTA) — Supreme Court Justice Ruth Bader Ginsburg has been awarded a $1 million prize given annually to a thinker whose ideas “have profoundly shaped human understanding and advancement.”

The 2019 Berggruen Prize for Philosophy & Culture was announced on Wednesday. The prize, first awarded in 2016, is given by the Berggruen Institute, a Los Angeles-based research organization dedicated to improving governance and cross-cultural understanding. The recipients direct the prize money to the non-profit organization of their choice.

The three previous winners have all been philosophers. They are Charles Taylor of Canada, Onora O’Neil of Britain and Martha Nussbaum of the United States.   Five hundred people were nominated for this year’s prize.

The prize committee called Ginsburg “a lifelong trailblazer for human rights and gender equality,” and “a constant voice in favor of equality, the rights of workers and the separation of church and state,” according to the New York Times.

Ginsburg will receive the award during a private ceremony at the New York Public Library in December.