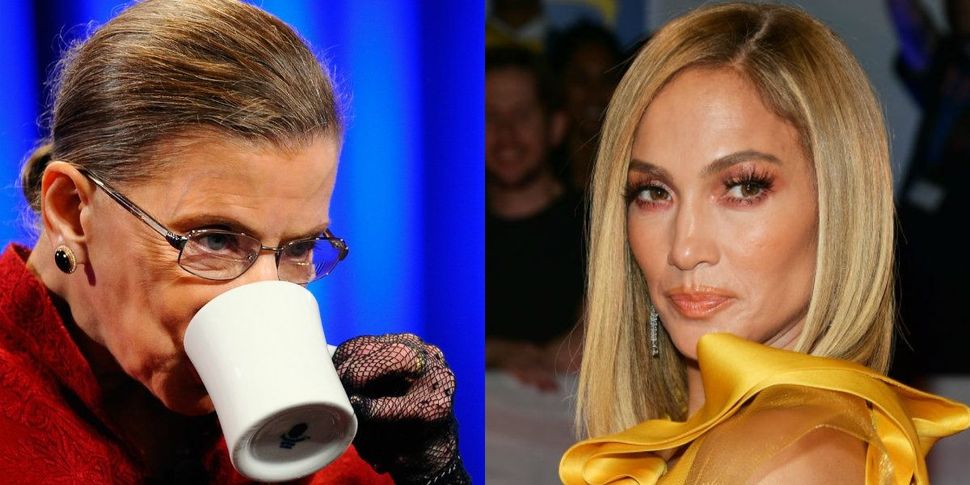 Before Harry and Meagan, before Barack and Michelle, before even Amal and George — there was Ruth and Marty.

Ruth Bader and Marty Ginsburg met as undergraduates at Cornell, and started one of the truest and most underrated high-profile romantic partnerships in history. They were obsessed with each other’s minds. He decided to study law like her, so that they would always be literally on the same page.

Though Bader Ginsburg was dismissed and demeaned in her early career while her husband was heralded as a star, he made it clear who the true star was. Ginsburg was her cheerleader, at times her legal assistant, and the chief of domestic chores in their home. Taking on the stereotypical role of the canny politician’s wife, he entertained and schmoozed on her behalf, including a campaign to get her off President Clinton’s short list for the Supreme Court, and on to the bench.

Ruth Bader Ginsburg recently shared some crumbs of marital wisdom with another power couple — Jennifer Lopez, and her fiance, Alex Rodriguez. Lopez, who stars in the movie “Hustlers,” out this Friday, met the Supreme Court judge this summer in Washington D.C., during a stop on her world tour.

“I admire her so much for all the things she’s done, standing up for minorities and women and fighting for justice in this country, but also for her marriage,” Lopez told Good Morning America on Tuesday. So Lopez asked — not for career advice, or secrets to longevity — but marriage advice. “I was like, ‘What’s the secret?’” Lopez said.

The actress said that Bader Ginsburg responded, “Sometimes it just helps to be a little bit deaf — if you hear an unkind word, let it go.”

The tenacious defender of civil rights letting things go? The Ginsburgs’ marriage lasted 56 years, until Martin Ginsburg’s death in 2010. Seems like the Notorious RBG knows of what she speaks. Alex Rodriguez announced this week that he will be inviting his ex-wife to his wedding, so the Justice’s words may prove timely.

Ginsburg did not, however, ask Lopez for any advice on pole dancing, a skill the actress picked up for “Hustlers.” Sometimes, apparently, it helps to be a little deaf.