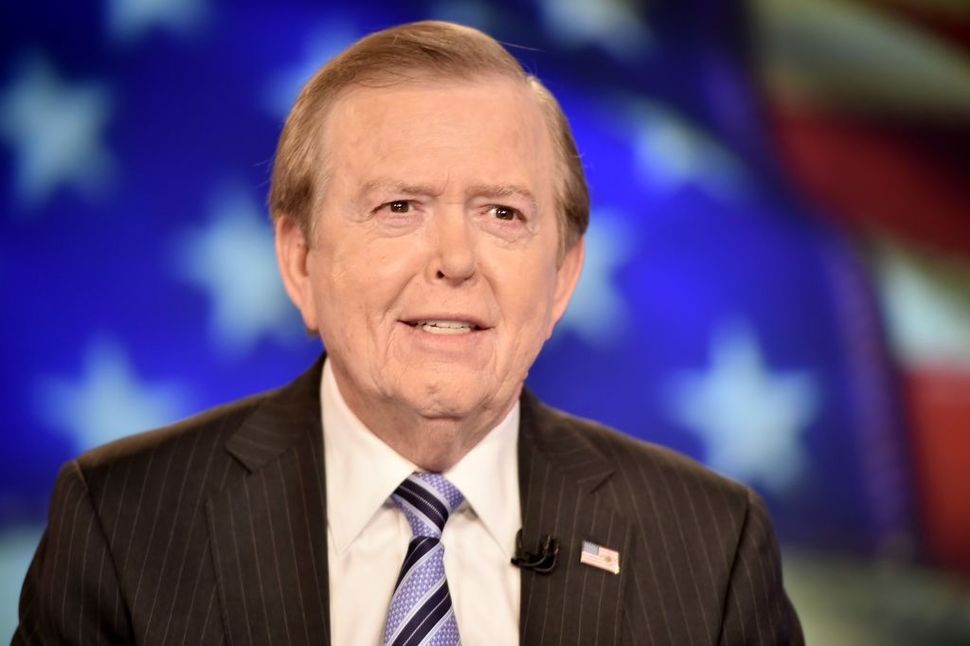 A conservative lawyer claimed on Lou Dobbs’s Fox Business Channel show on Wednesday that George Soros “controls a very large part of the career foreign service of the United States State Department,” the latest example of a conspiracy theory targeting the Jewish billionaire to air on Dobbs’s show.

“Well, there’s no doubt that George Soros controls a very large part of the career foreign service of the United States State Department,” DiGenova said. “He also controls the activities of FBI agents overseas who work for NGO’s, work with NGO’s. That was very evident in Ukraine. And Kent was part of that. He was a very big protector of Soros.”

There is no evidence for DiGenova’s claim. Soros, a financier and philanthropist, has long been the subject of conspiracy theories, some of them anti-Semitic. Conservative activist Chris Farrell was banned from appearing on Fox channels after telling Dobbs last year that a migrant caravan had been organized by charities sponsored by the “Soros-occupied State Department.”

Anti-Defamation League CEO Jonathan Greenblatt criticized the network on Thursday for airing DiGenova’s comments. “Invoking Soros as controlling the State Dept, FBI, and Ukraine is trafficking in some of the worst anti-Semitic tropes,” he tweeted. “@FoxNews won’t have Chris Farrell on for making similar remarks, and they should hold the same standard for @JoeDiGenova.”

In September, Dobbs was criticized for anti-Semitism for claiming that Soros’s “tentacles reach out into various non-government organizations and nonprofits.”