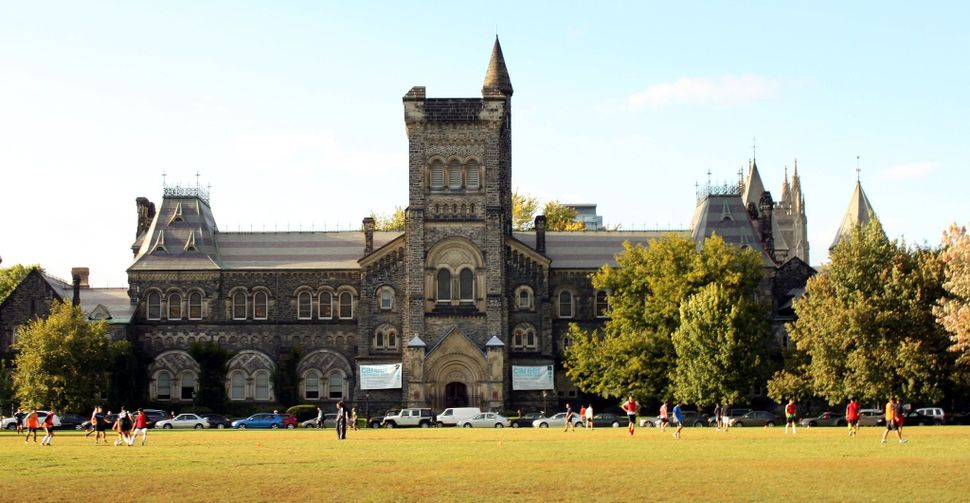 University of Toronto Image by Prayitno/flickr

(JTA) — The Graduate Student Union at the University of Toronto has apologized for “unintentionally caus(ing) harm toward the Jewish community” after a union official suggested that the executive board would not support a campaign by the school’s Hillel to make kosher food available on campus since it is “pro-Israel.”

The union’s External Commissioner in response to a Jewish graduate student’s request for the union to officially support the Kosher Forward Campaign suggested he student union’s Executive Committee might be reluctant to bring such a motion forward to its  board of directors since Hillel is “pro-Israel” and that supporting it would go against the “will of the membership.”

The Graduate Student Union voted in 2012 to support the Boycott, Divestment and Sanctions, or BDS movement against Israel.

The statement issued on Sunday evening also said: “The External Commissioner did not intend to do harm in using this language, but recognizes that this is not an excuse for the harm that the wording of this response caused to the individual receiving it as well as to Jewish students at U of T.”

The statement notes that no official decision has been made on whether to bring the motion forward at the next board meeting.

The union said it has reached out to Hillel and the student who received the email “to request a meeting to discuss how to remedy harm and how to mitigate future harm towards Jewish students on campus.”

In response, the U of T Hillel said it appreciates the student union’s apology and its agreement to consider the kosher food motion but added that “this apology does not address the anti-Semitic nature of their original response. This is the core issue that must be discussed.”