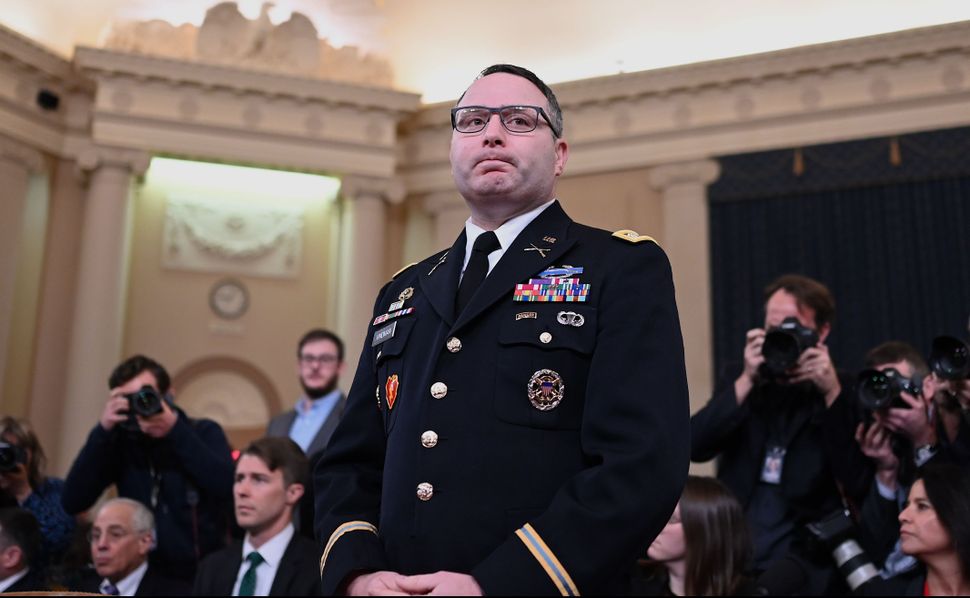 The Army has placed Alexander Vindman, an expert on Ukraine and a central figure in the impeachment inquiry into President Donald Trump, and his family under 24-hour security monitoring after Trump targeted Vindman in tweets accusing Vindman of being politically opposed to Trump.

Vindman was one of the people who listened in on Trump’s calls with the Ukrainian president, in which Trump asked for a favor, now understood to be a request that Ukraine investigate Joe Biden and his son for corruption. Vindman expressed his concern over the call with National Security Counsel lawyers, and spoke to the House Intelligence Committee about the call in a closed-door hearing several weeks ago.

Related story: Vindman: I Knew Testifying Would Be Okay Because ‘This Is America’

U.S. officials told The Wall Street Journal that the Army has in recent weeks conducted a security assessment of Vindman and his family’s home and internet presence, and said they are prepared to move the Vindman’s to a military base if there are any threats to their safety.

Vindman said in impeachment hearings on Tuesday that he felt “there was no doubt” that Trump was asking the Ukrainian president, Vladimir Zelensky, to investigate the Bidens in exchange for a state visit to the White House, which Vindman said Tuesday would bolster Zelensky’s political legitimacy in Ukraine and internationally. He wore his dress military uniform, the same outfit he wore for his closed testimony several weeks ago.

Speaking directly to his father at the end of his statement, Vindman said, “Do not worry, I will be fine for telling the truth.”