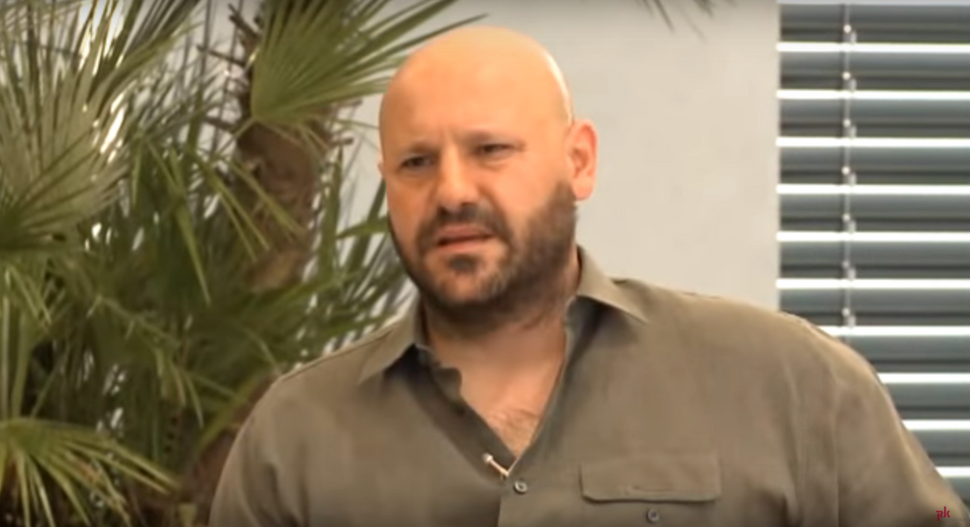 A screenshot of Abdallah Chatila, a businessman who bought Hitler’s items at auction to keep them away from Neo-Nazis, during an interview with Ricardo Karam. Image by Ricardo Karam

A Lebanese-Swiss businessman purchased ten items belonging to Adolf Hitler that were sold at an auction last week so that they didn’t “fall into the wrong hands.”

Abdallah Chatila, a Geneva businessman who made his fortune in diamonds and real estate, purchased items including Hitler’s top hat, cigar box and typewriter, and a silver-plated copy of “Mein Kampf” that once belonged to senior Nazi Hermann Goering, for about $601,000 at last week’s auction at Hermann Historica auction house in Munich.

“I wanted to buy these objects so that they couldn’t be used for neo-Nazi propaganda purposes,” said Abdallah Chatila in an interview with Swiss Sunday newspaper Le Matin Dimanche. “Far-right populism and anti-Semitism are advancing throughout Europe and the world. I didn’t want these objects to fall into the wrong hands and be used by people with dishonest intentions.”

Chatila, who is estimated to be worth about $200.5 million, said he would donate the objects to Keren Hayesod-the United Israel Appeal.

Rabbi Menachem Margolin, chairman of the European Jewish Association, had appealed to the auction house to cancel the sale.

In a statement he praised Chatila’s decision to purchase the items: “We were not prepared, however, in this cynical world in which we live, to expect an act of such kindness, such generosity and such solidarity as demonstrated by Mr. Chatila. It is clear he understood our aggravation and hurt at the sale and decided to do something about it in a way that nobody foresaw. We greatly appreciate his understanding that such items have no place on the market and should ultimately be destroyed. But that he chose to give the items to Jews shows a remarkable conscience and understanding.”