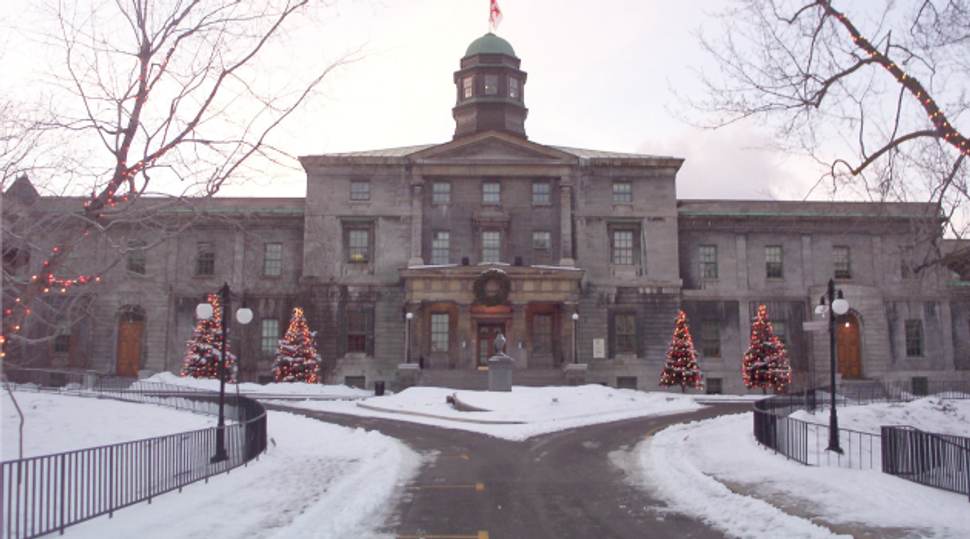 MONTREAL (JTA)—A Jewish student leader at McGill University in Montreal is fighting efforts to oust her from the student union for accepting a trip to Israel and the Palestinian Authority.

Jocelyn Wright, a member of the Student Society of McGill University’s legislative council and board of directors, said she is “outraged and disgusted” by an SSMU call for her to resign Thursday for agreeing to the trip sponsored by Hillel.

She is refusing to resign or quit the trip, despite the threat of impeachment upon return.

“As a Jew, my connection to Israel is one core aspect of my identity, and I hoped that the trip would help met experience Israel through a new lens,” Wright explained in a post on Facebook.

She called the effort to have her resign, “anti-Semitic.”

“The SSMU president singled me out and actively encouraged others to attack me,” she said in the post, adding that a non-Jewish councillor also planning to be on the trip has not received the same treatment.

The Centre for Israel and Jewish Affairs’ Rabbi Reuben Poupko said in a statement: “[W]e are once again witnessing misuse of the student government platform to exclude a Jewish student. The SSMU’s persistent abuse of power and displays of hostility toward Jewish and pro-Israel students are clearly not representative of McGill’s mainstream student population.

“We call on McGill students to reclaim the SSMU from the ideological fringes and rebuild an open, tolerant and inclusive campus
environment,” he said.

In 2017, the SSMU failed in an effort to impeach a Jewish councillor for being pro-Israel and an ex-SSMU member tweeted to “punch a Zionist.”