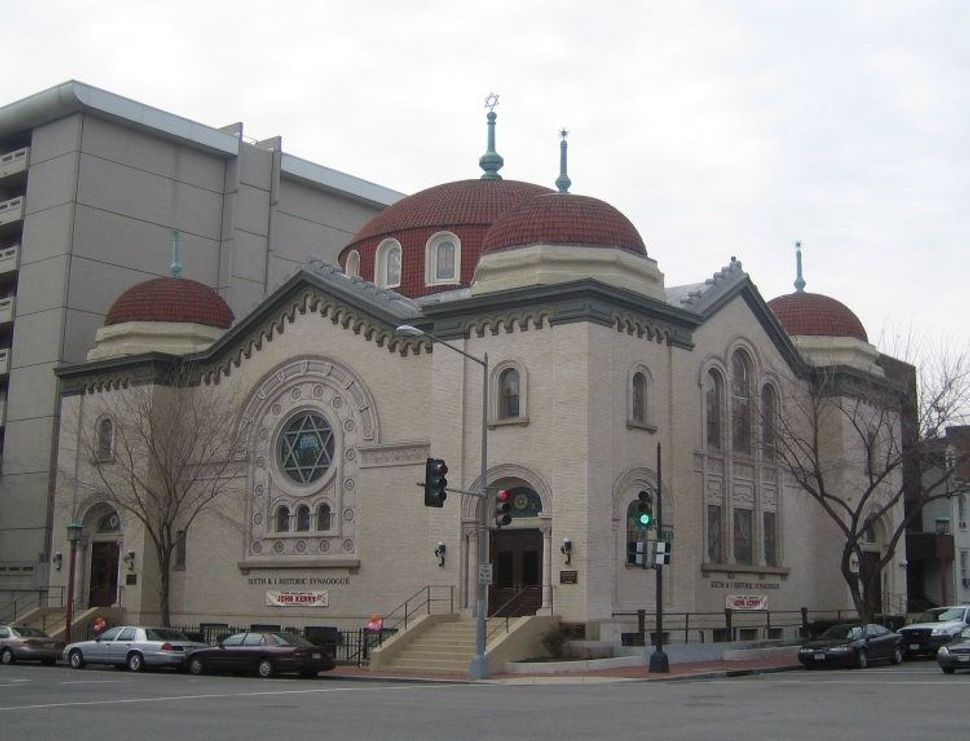 Sixth & I Synagogue in Washington, D.C. Image by David Monack/Wikipedia

(JTA) — The Sixth & I synagogue in downtown Washington, D.C., was vandalized with anti-Semitic graffiti.

Michelle Eider, the synagogue’s communications manager, said the vandalism contained swastikas and anti-Semitic language and was discovered on Monday morning.

In an email to congregants, the synagogue’s three rabbis said the damage was minimal and would be quickly fixed.

“In these moments, it’s important to remember that it is not a shame but an honor to be a Jew,” said the email. “It is no small irony that it was our doors, symbols of welcoming and inclusivity, onto which someone spewed hatred and bigotry.”

Police arrested a 28-year-old suspect on Monday and charged him with defacing and destroying property and resisting arrest, The Washington Post reported.

I am devastated to learn that my beloved @SixthandI was victimized and defaced with antisemitic Graffiti this past Shabbat. I have no words for what this place means to me. My husband converted there. Rabbi Shira married us. My daughter was named there. I am distraught. pic.twitter.com/NwvAVF4T4j