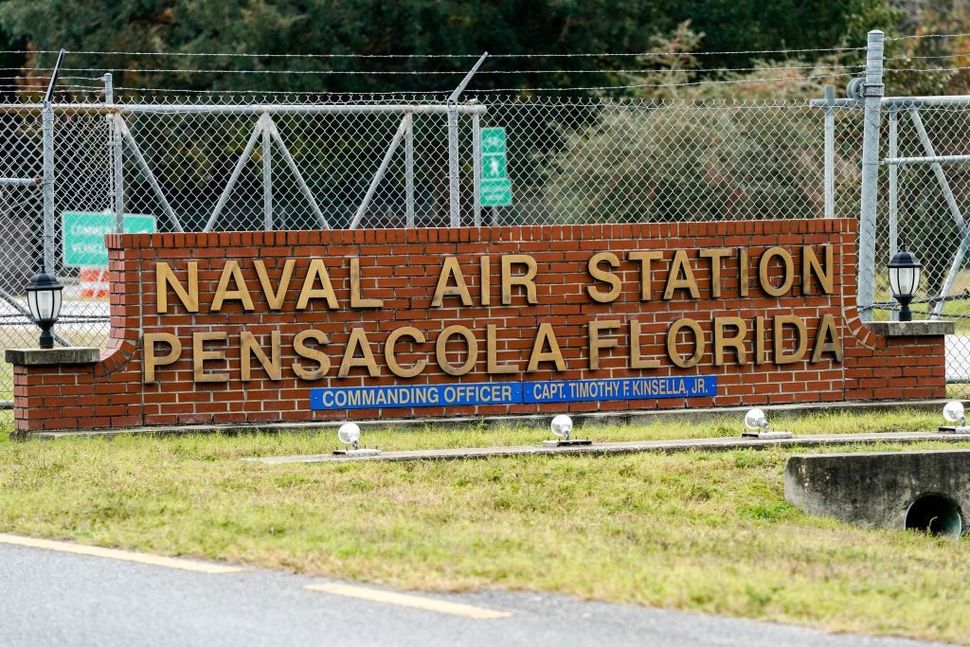 The gate to the Pensacola Naval Air Station following a shooting on December 06, 2019 in Pensacola, Florida. Image by Josh Brasted/Getty Images.

(JTA) — A military student from Saudi Arabia who killed three people during a shooting attack at a Navy flight school in Florida reportedly posted a message slamming the United States for supporting Israel.

The gunman in the Friday attack at the Naval Air Station Pensacola was identified as Ahmed Mohammed al-Shamrani, 21, a second lieutenant in the Saudi air force who was a student naval flight officer. His training with the U.S. military began in August 2017, and he was scheduled to finish in August 2020.

Shamrani hosted a dinner party earlier in the week where he and three other students watched videos of mass shootings, The Associated Press reported on Saturday, citing an unnamed U.S. official.