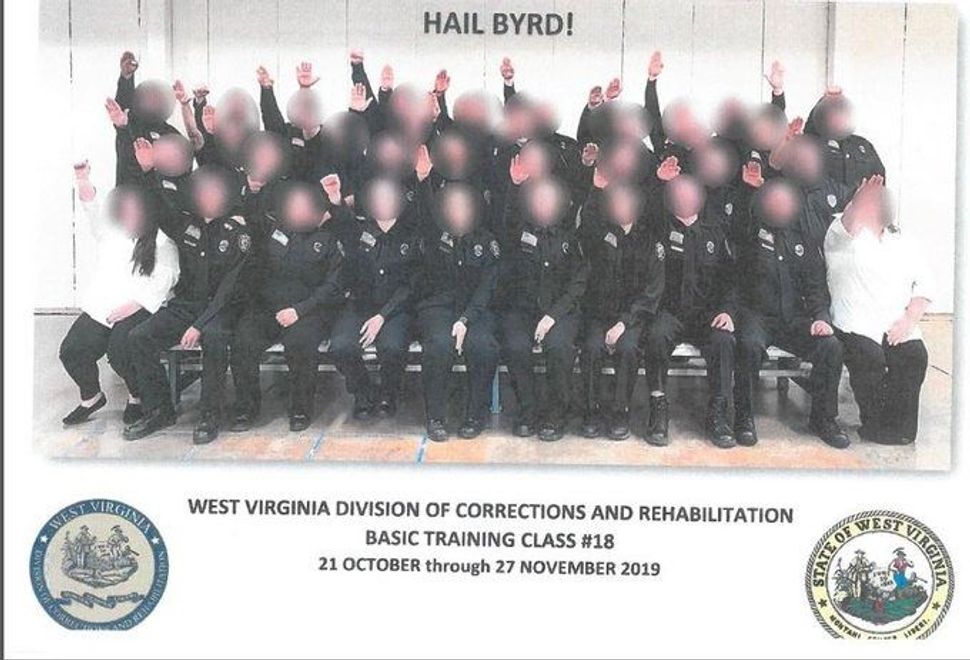 (JTA) — More than 30 employees of West Virginia’s Division of Corrections and Rehabilitation have been suspended over a photo showing trainees making a Nazi salute.

The photo of dozens of participants in a basic training class reads “Hail Byrd!” at the top, a reference to a training instructor for the class.

Two correctional academy trainers and a cadet from the class shown in the picture were fired, The Washington Post reported.

“It is distasteful, hurtful, disturbing, highly insensitive and completely inappropriate,” West Virginia Department of Military Affairs and Public Safety Secretary Jeff Sandy said of the photo in a memo obtained by The Post. “It betrays the professionalism I have seen time and time again displayed and practiced by our brave correctional employees.”

Sandy has not said how or when the photo came to his attention.

He also said that faith and community leaders were informed of the incident and were asked for their help to address it, including recommending changes or additions to the training program.

It was released by the department with the faces of the trainees and others in the photo blurred.

Division of Corrections Commissioner Betsy Jividen ordered all copies of the photo be destroyed or otherwise taken out of circulation, according to WCHS.