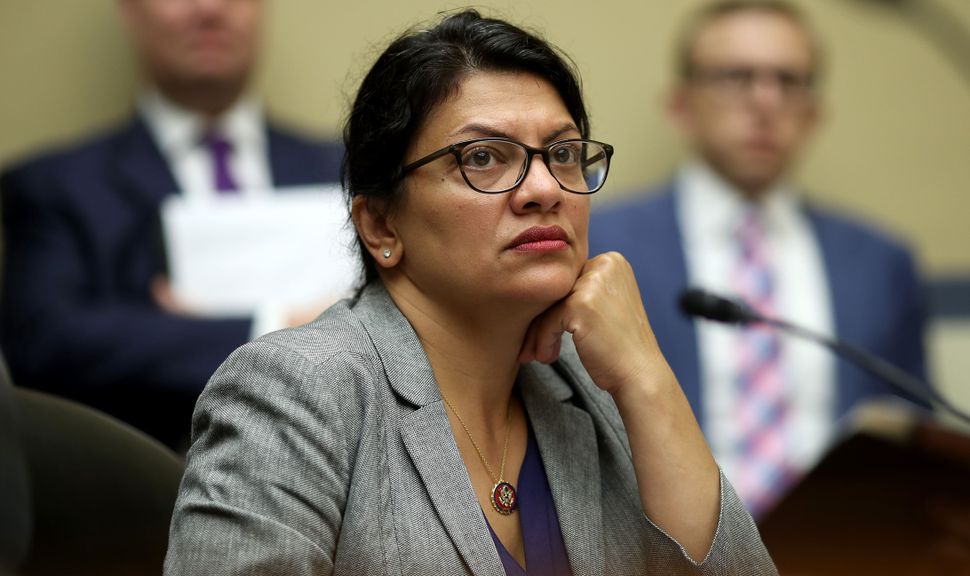 Rep. Rashida Tlaib, (D-Mich.) has been long known for her outspoken criticism of Israel and its occupation of the West Bank territories and the Golan Heights.

But did she use a Hanukkah message to Jews to attack Israel for the occupation?

On Sunday, a pro-Israel media group called Israel Advocacy Movement shared a video featuring clips of a Hanukkah message Tlaib had recorded for the Detroit chapter of IfNotNow. In the video posted by IAM, Tlaib appears to pair her Hanukkah greeting to Jews with a commitment to help “defund” Israel’s occupation, which includes ending American military aid to Israel. After the clip of her speaking, the video pivots to Joseph Cohen, the British activist who runs Israel Advocacy Movement, who criticizes Tlaib’s apparent statements.

By Monday afternoon, the video had received over 16,500 likes on Twitter, and been shared over 600 times on Facebook, where the video was shared in a post that summed Tlaib’s message up as “Happy Hanukkah I hate Israel”

But despite IAM’s assertions, Tlaib’s video appears to have not been meant as a Hanukkah message to all Jews. IfNotNow is a Jewish activist group that supports pressure campaigns on Israel, and Tlaib’s congressional district includes part of Detroit; she specifically created the video for the Detroit group’s Hanukkah party Sunday evening. IfNotNow supports “defunding” Israel’s occupation, and has received praise from Tlaib in the past for its efforts.

“You give me life,” Tlaib says in the video. “Your 2020 platform calling for every public official to commit to defunding the occupation in Falistine and fighting anti-Semitism and white nationalism is one that I can support very strongly.” She also mentions the need to fight white supremacy.

The video from IAM also received attention for portraying Tlaib as labeling Israel “Filistin,” an Arabic pronunciation of Palestine. But Filistin is mostly commonly used to refer to the area occupied by Israel in the West Bank.

This is not the first time that IAM has been at the center of controversy. In 2016, they unearthed comments that a Labour minister had made about her Jewish ancestors financing the slave trade in the Caribbean and presented them as evidence of anti-Semitism in the party. In 2018, a vigil that IAM held for the anniversary of Kristallnacht was disrupted by men chanting anti-Semitic slogans.

IAM and Tlaib’s offices did not immediately respond to requests for comment.

In a Twitter message, IfNotNow criticized IAM for its “misleading” editing.

This was not @RepRashida‘s Hanukah message to the whole Jewish community. This is a message she sent specifically to our Detroit chapter related to work we’re doing together. You misleadingly edited it to strip out that context, to make it seem like something sinister. It’s not. https://t.co/s6nQX7GeDf