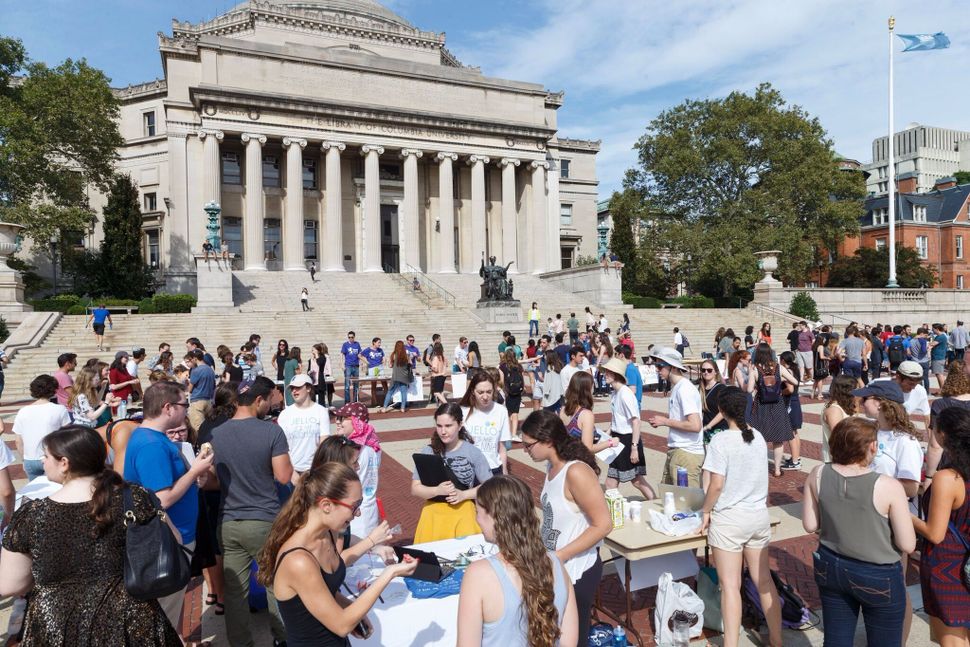 JTA — A federal complaint has been filed against Columbia University accusing the school of anti-Semitic discrimination.

It is the first case filed since President Donald Trump’s executive order on combating anti-Semitism, which grants Jewish students the same protections as other minority groups. The order came under intense scrutiny as it classified Jewish students as a class protected from discrimination.

Jonathan Karten told The Jerusalem Post that he decided to go forward with the complaint after he learned that a well-known professor in the Department of Middle Eastern, South Asian and African Studies at Columbia had endorsed Hamas’ military wing, the al-Qassam Terrorist brigade, “with impunity.” Karten’s uncle, Sharon Edri, was kidnapped and murdered by a Hamas cell in Israel in 1996.

According to the Lawfare Project, Jewish students at Columbia “have endured systematic discrimination from tenured professors and anti-Israel groups,” including Students for Justice for Palestine and Columbia University Apartheid Divest. Columbia students and faculty also host Israel Apartheid Week, which has included bringing virulently anti-Semitic speakers to campus.

The university did not respond to media outlets seeking comment.