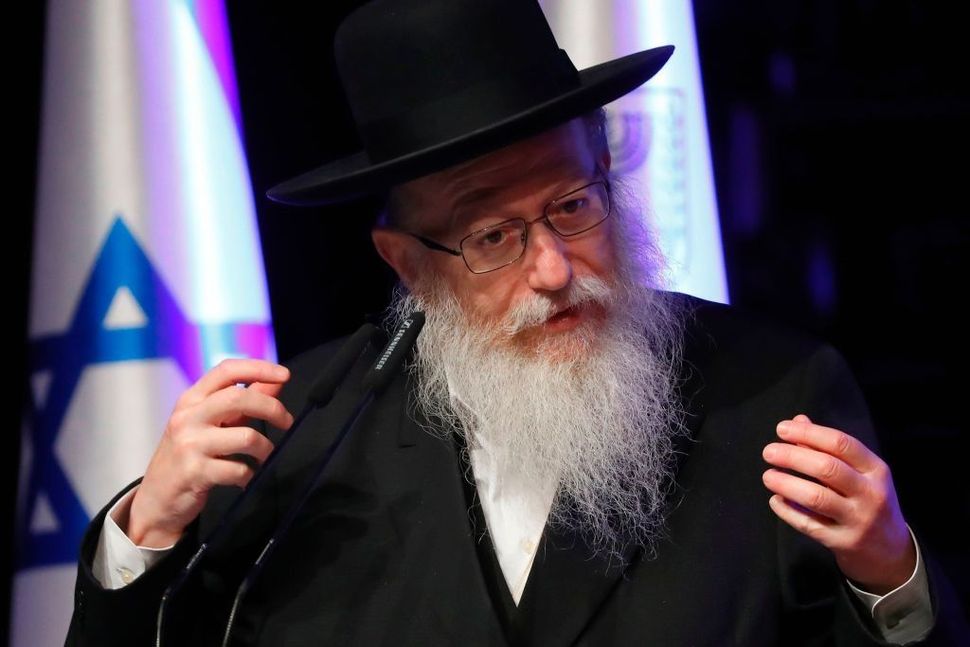 (JTA) — Jewish groups in Australia have decried Israel’s appointment to health minister of a lawmaker who is accused of helping an alleged pedophile sheltering in Israel to avoid deportation.

Yaakov Litzman, who heads the haredi Orthodox United Torah Judaism party and serves as deputy health minister, was appointed to the top spot on Friday. Prime Minister Benjamin Netanyahu had held the portfolio, but had to give it up by Jan. 1 due to the indictments in three corruption cases against him.

The Israel Police have recommended that Litzman be indicted for fraud, witness tampering and breach of trust in the case involving Malka Leifer, who is wanted in Australia on 74 charges of sexual assault during her time as a teacher and principal of a haredi Orthodox Jewish school in Melbourne.

Litzman is accused of pressuring the Jerusalem district psychiatrist to say that Leifer was mentally unfit to stand trial. He denies the accusations.

In an open letter to Israeli Prime Minister Benjamin Netanyahu, Jeremy Leibler, the president of the Zionist Federation of Australia, called Litzman’s appointment “a slap in the face to the Australian Jewish community.”

“Yaakov Litzman is entitled to the presumption of innocence. However, promoting him to Health Minister when such serious allegations have been made and are being investigated sends a terrible message to the Australian people and most importantly to the survivors of Malka Leifer’s alleged abuse,” he also wrote.

The Australia Israel & Jewish Affairs Council in a tweet called the appointment “a deplorable decision and insulting to Australia and all those many Australians justifiably expecting the prompt extradition of Malka Leifer.”