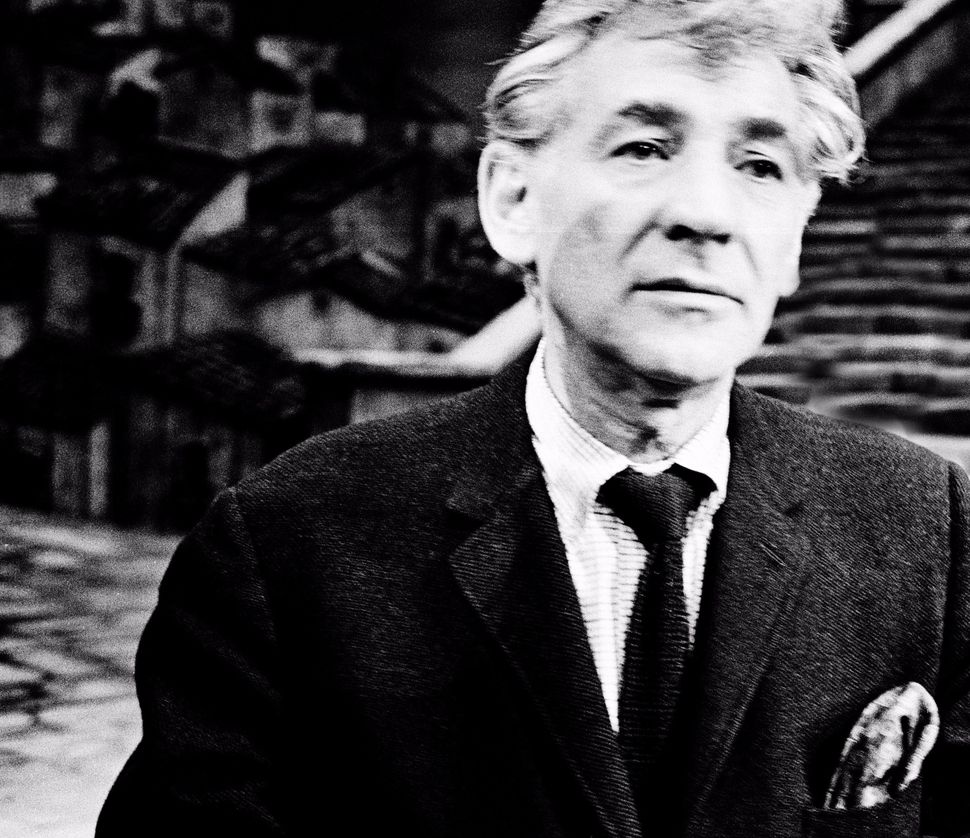 (JTA) — Bradley Cooper will direct, produce and star in a Netflix film about the late Jewish composer and conductor Leonard Bernstein.

The untitled film is expected to begin production early next year and will be released in theaters before the film premieres on Netflix, Deadline first reported.

The movie will span more than 30 years, telling the story of the complicated relationship between Bernstein, of “West Side Story” fame, and his wife, Felicia Montealegre. Bernstein, who died in 1990 at 72, reportedly had affairs with men before and during his marriage.

The script was co-written by Cooper with Josh Singer, who wrote the Academy Award-winning film “Spotlight.”

Among the many co-producers are Martin Scorsese and Steven Spielberg. The project initially started at Paramount, which will no longer be involved, according to reports.

Cooper, who also directed and starred in the successful “A Star Is Born,” has been working closely with Bernstein’s three children for the past two years, according to Deadline.

The actor has always been fascinated with conducting, Deadline wrote, but the “charged and complex relationship” between Bernstein and his wife is what led him to make the film.

The post Bradley Cooper will direct and star in Netflix film about Leonard Bernstein appeared first on Jewish Telegraphic Agency.