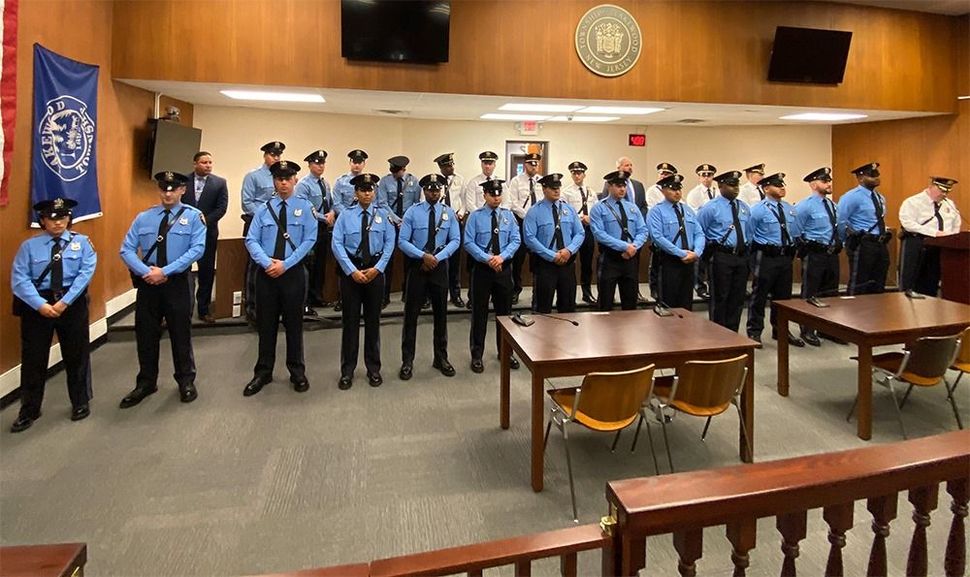 Michael Wolf was sworn in Wednesday in a ceremony with 12 other new police officers following a year-long training, Asbury Park Press reported.

Lakewood Police Chief Greg Meyer said he hoped the hire would help strengthen community ties. Meyer announced during the ceremony the formation of a new unit specializing in homeland security and community outreach.

Lakewood is home to a large haredi Orthodox Jewish community and one of the biggest yeshivas in the United States. Several anti-Jewish hate crimes have been documented in the town in recent years.

New Jersey Attorney General Gurbir Grewal reported last week that bias incidents in the Garden State were up 65 percent in 2019 compared with the year prior.

“We hope that with this new unit we’re going to be able to get into more churches, houses of worship on the weekends and talk to people who might not necessarily feel at ease coming forward,” Meyer said.