Bloomberg rising in polls thanks to $200 million on ads 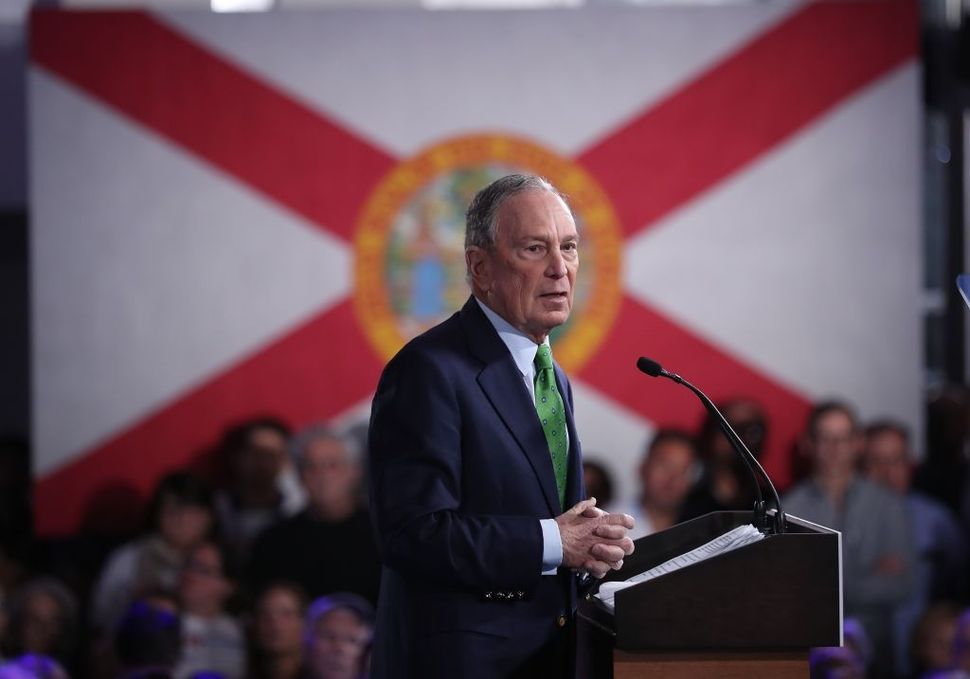 It turns out $217 million can really get you far in politics.

Billionaire and former New York City mayor Mike Bloomberg is rising in the polls, and is now in fourth place nationally – thanks in no small part to the hundreds of millions of dollars of his own money that he’s spent on advertising, far outstripping the rest of the Democratic primary field.

One result has been in Florida, where he’s in second place among Democratic primary voters with 17%, according to a St. Pete Polls survey.

Bloomberg has held several campaign events in Florida, including a speech in Miami about Israel and his Jewish identity last week. He is also the only candidate to have spent on advertising ahead of the March 17 primary, according to a Wall Street Journal analysis.

Bloomberg still badly trails former Vice President Joe Biden, who has 41% in the Sunshine State — but the former mayor is still ahead of Sens. Bernie Sanders at 9% and Elizabeth Warren at 7%. The poll had a survey size of 2,590 and a 1.9% margin of error.

According to aggregators RealClearPolitics and FiveThirtyEight, Bloomberg has pulled ahead of former South Bend, Ind. mayor Pete Buttigieg for fourth place nationwide, with around 8% support.

Bloomberg rising in polls thanks to $200 million on ads