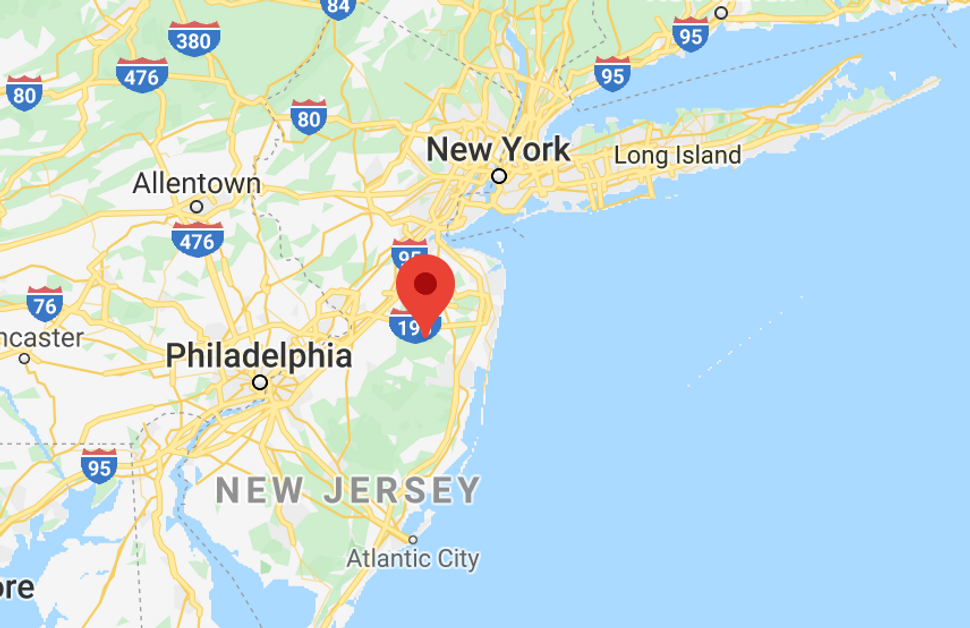 (JTA) — A large blue swastika and the words “white power” were spray-painted on a Jewish-owned business in Jackson, New Jersey.

The business, which police declined to name, is owned by a Jewish family who lives in nearby Lakewood, the Lakewood Scoop reported. Lakewood, in the southern part of the state, has a large haredi Orthodox population.

The apparent vandal was captured on surveillance video, which showed a woman getting out of her vehicle and walking behind a trailer located on the businesses property, which was later vandalized, according to the Scoop.

Police did not say if the incident is being investigated as a hate crime, according to the report.

Jackson was sued twice earlier this month over its rejection of two development plans for the Orthodox Jewish community.