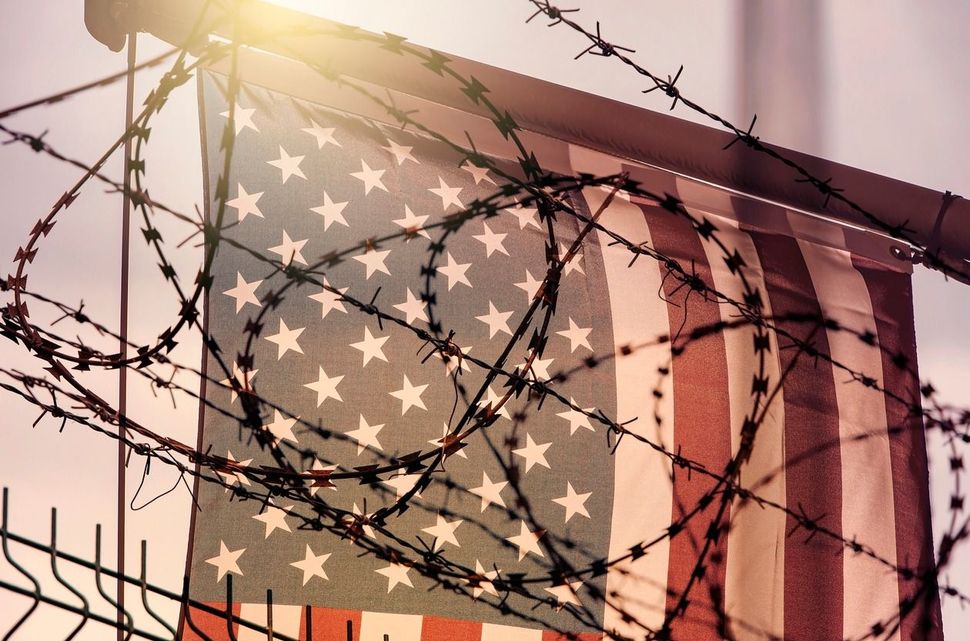 Under the Trump administration, Immigration and Customs Enforcement has stepped up its policy of deporting immigrant criminals upon the completion of their prison sentences. But the agency has made an exception for an Israeli rabbi who was convicted of racketeering and money laundering conspiracy, Hamodia reported Saturday night.

Rabbi Mordechai Samet, a resident of the all-Orthodox New York town of Kiryas Joel, was convicted in 2002 of illegally obtaining $4 million through schemes including conducting fake lotteries and filing false death claims, and was sentenced the following year to 27 years in prison.

If Samet, 60, was an American citizen, he would be eligible for early release and home confinement under the First Step Act, the Trump administration’s criminal justice reform law. But because his green card was revoked upon his conviction, ICE placed a “detainer” on Samet, keeping him in prison and making him eligible for deportation. The agency’s Executive Office for Immigration Review ruled last year that Samet was ineligible for his detainer to be waived.

But the Tzedek Association, an Orthodox Jewish prison reform group that worked with White House senior advisor Jared Kushner on the First Step Act, continued to lobby ICE to make a rare exception for Samet, receiving the support of the White House, Hamodia reported.

On Thursday, the agency removed its detainer — two days after Trump pardoned a series of high-profile criminals, including convicted securities fraudster and Jewish philanthropist Michael Milken.

News 12 Westchester reported when the First Step Act was signed in 2018 that Orthodox backers of the bill hoped to use its provisions to free Samet. The rabbi’s freedom has been the subject of a years-long lobbying campaign in the United States and Israel

Samet is expected to be freed within the next six months, whereupon he will be able to live with his wife and family in New York. Hamodia also reported that Samet will also be able to leave his home to attend synagogue. Samet sued the Bureau of Prisons in 2008 after being forced to pray in his prison cell, which he said violated his religious freedom because he felt it went against Jewish law to pray in the same room as a toilet.